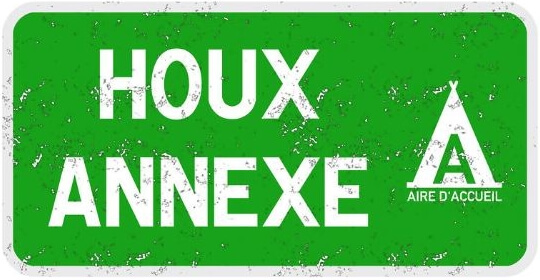 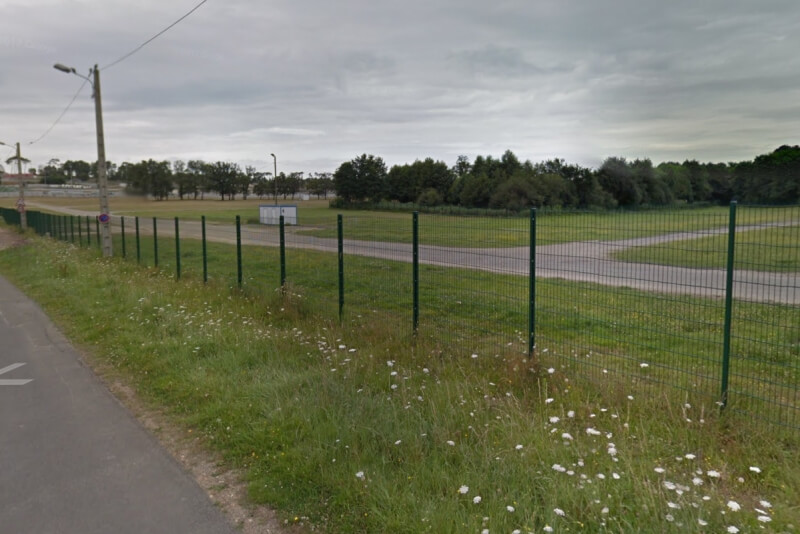 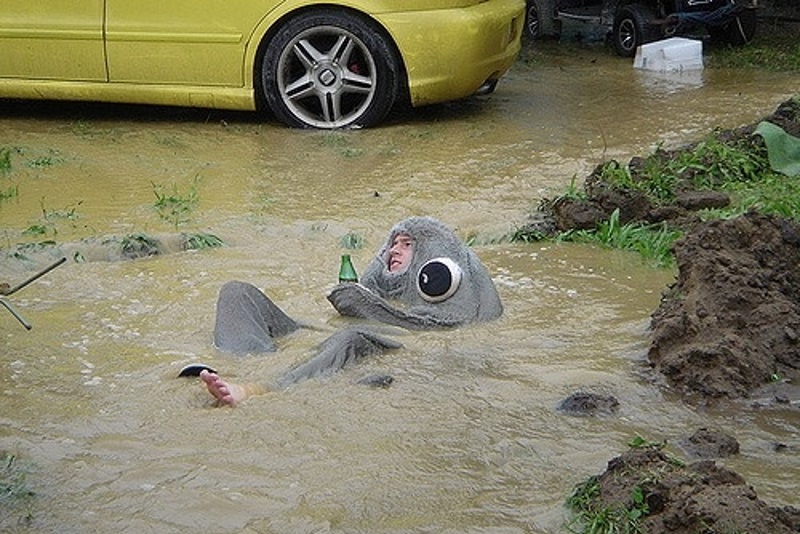 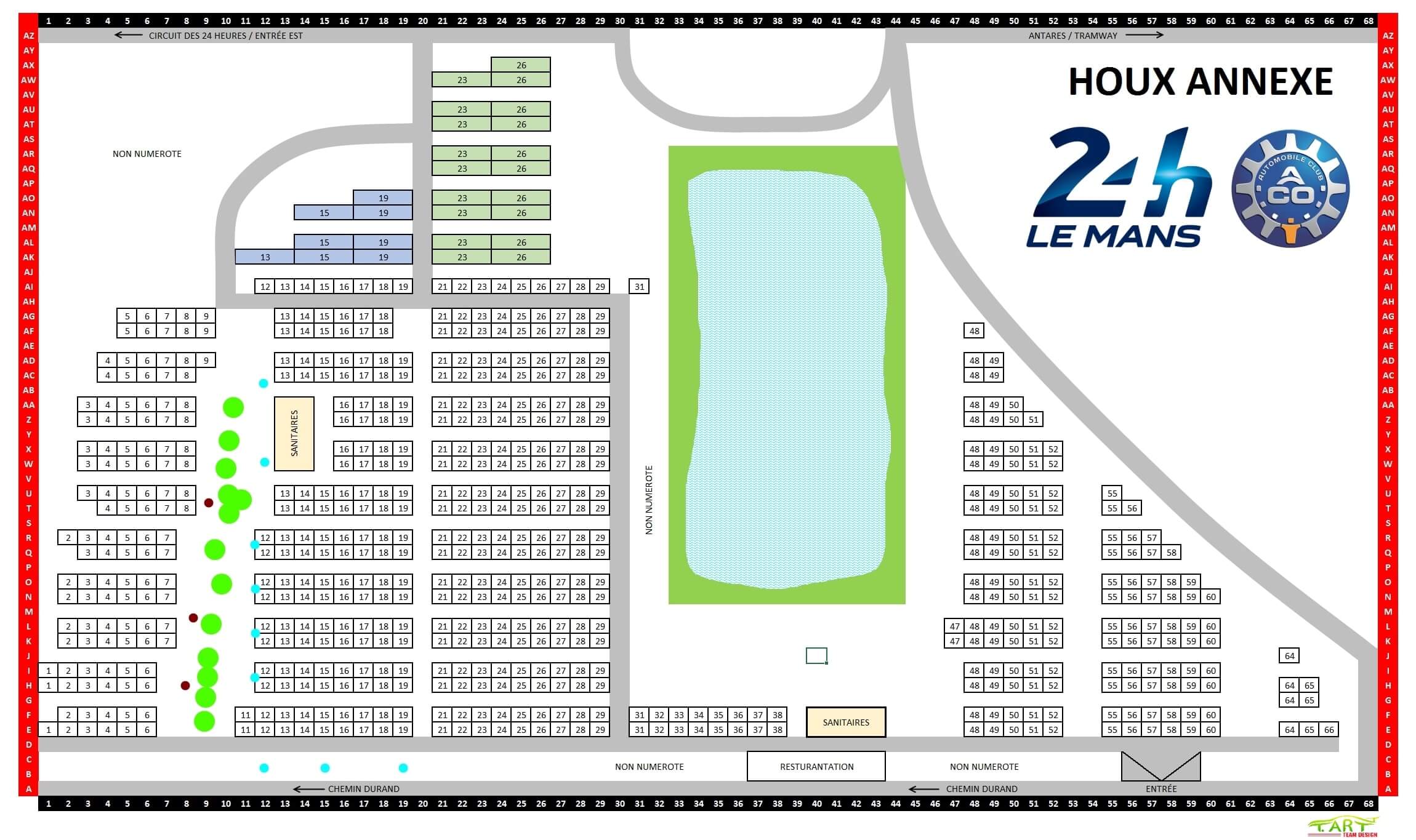 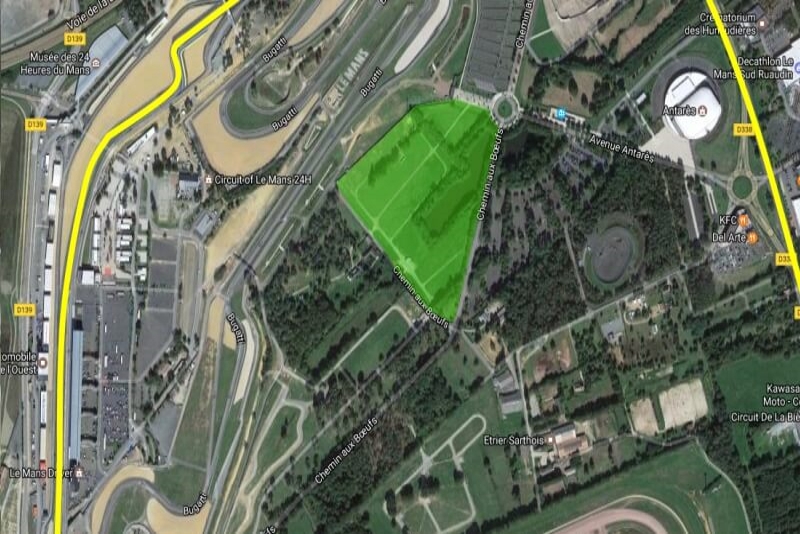 Houx Annexe has become a popular go to site for many die hards you like that side of the track In the 1990's it was very much the place to turn and camp and go before it became a much more organised site.

Before Beausejour was opened it was the largest single campsite.

The camp is situated between the Bugatti circuit and Tertre Rouge on the inside of the circuit . It is sutable for all types of Le mans fan from Tents to Campers. The site is one of the more popular ones and sells out very quickly each year due to the regulars who stead fastly occupy the site each year. usual setup as with most of the sites a picth ticket per car is needed.

This is a mainly numbered site (map is available on the site) with a few un-numbered dotted around the pitches are varied with some being heavy ditches/holes, some getting waterlogged in the rain and many sporting hard ground. the picthes along the fences being the worst as used by everyone as makeshift toilets

The access to the camp is as the same as Houx and has good roads connecting it to various places.

Being situated where it is its within easy reach of most of the popular parts of the track, from the village in one direction to antares and Tertre roughe in the other

Security do check on arrival the contents of the vehicles camping there, then the usual students on bikes escort you to your designated spot.

It offers basic facilities for both male and female. But as is usal once busy are used by everyone. with that as usual on most sites they were cleaned regularly. The showers were also equally busy and its best if you wanted to shower do it early in the morning. or as we have done on BSJ just check when the are free at random and dive in there.

The nearest route to the track is actually acroos the roa and via Houx itself, or, from the Wednesday onwards, via slip road between Houx and Houx Annexe.

The circuit is further away than you think, due to the way the exits are configured.