The 24 Hours of Le Mans (French: 24 Heures du Mans) which was created at the 1922 Salon de l'Automobile in the Grand Palais in Paris by Georges Durand, ACO general secretary and some of the most important members of the club, and Emile Coquille, the French representative of the Rudge-Whitworth detachable wheels company, is the world's oldest active sports car race in endurance racing, held annually since 1923 near the town of Le Mans, France. Commonly known as the Grand Prix of Endurance and Efficiency, race teams have to balance speed against the car's ability to run for 24 hours without sustaining mechanical damage to the car and manage the car's consumables, primarily fuel, tyres and braking materials. The endurance of the drivers is likewise tested as drivers frequently spend stints of over two hours behind the wheel before stopping in the pits and allowing a relief driver to take over the driving duties. Drivers then grab what food and rest they can before returning to drive another stint. Today it is mandated that three drivers share each competing vehicle. 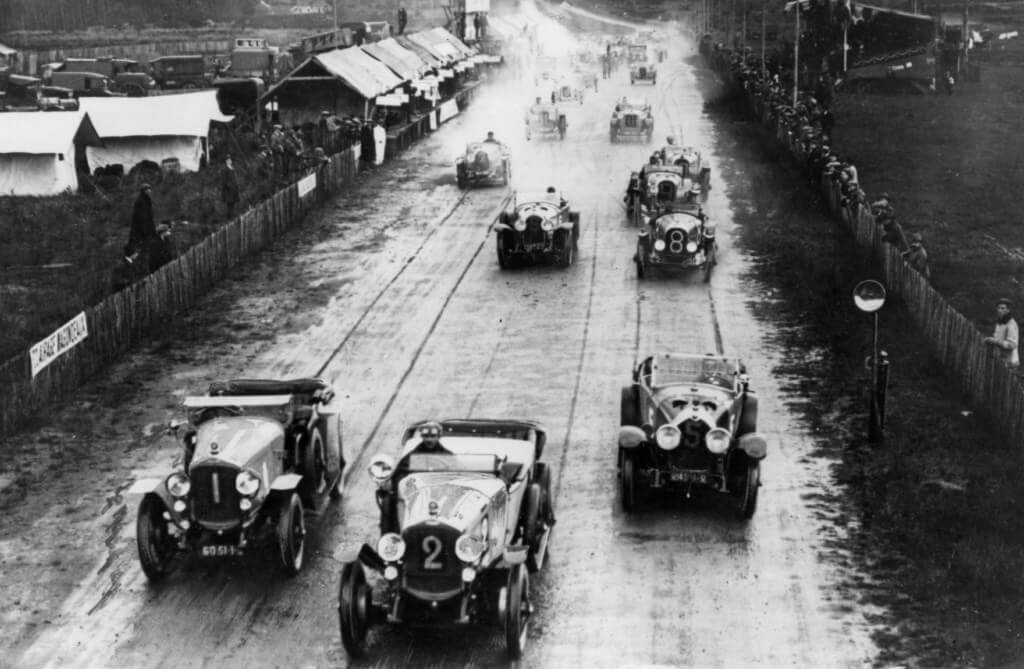 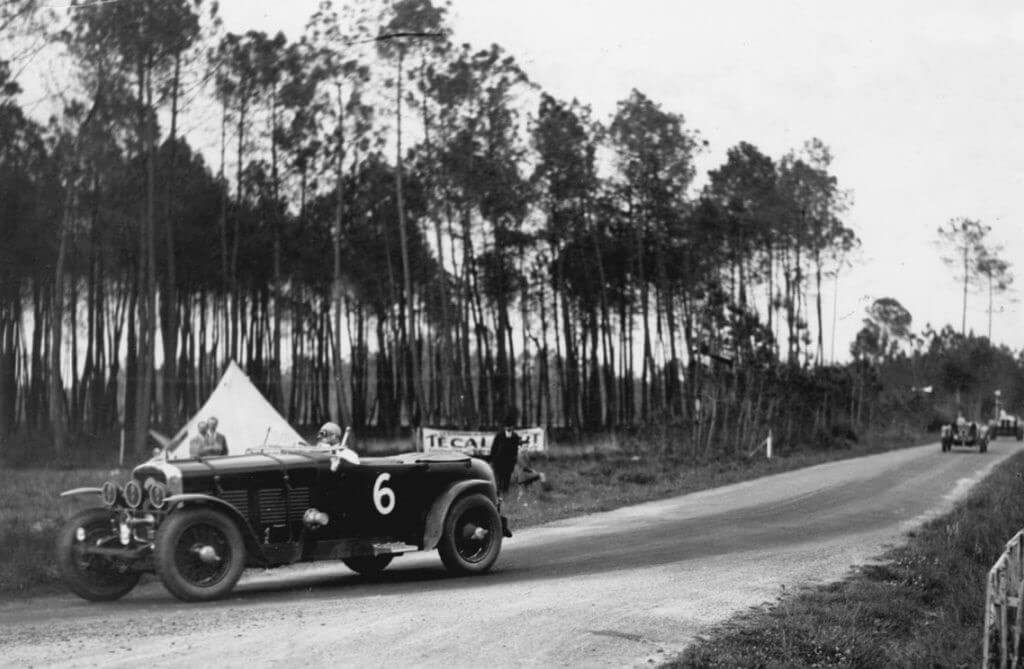 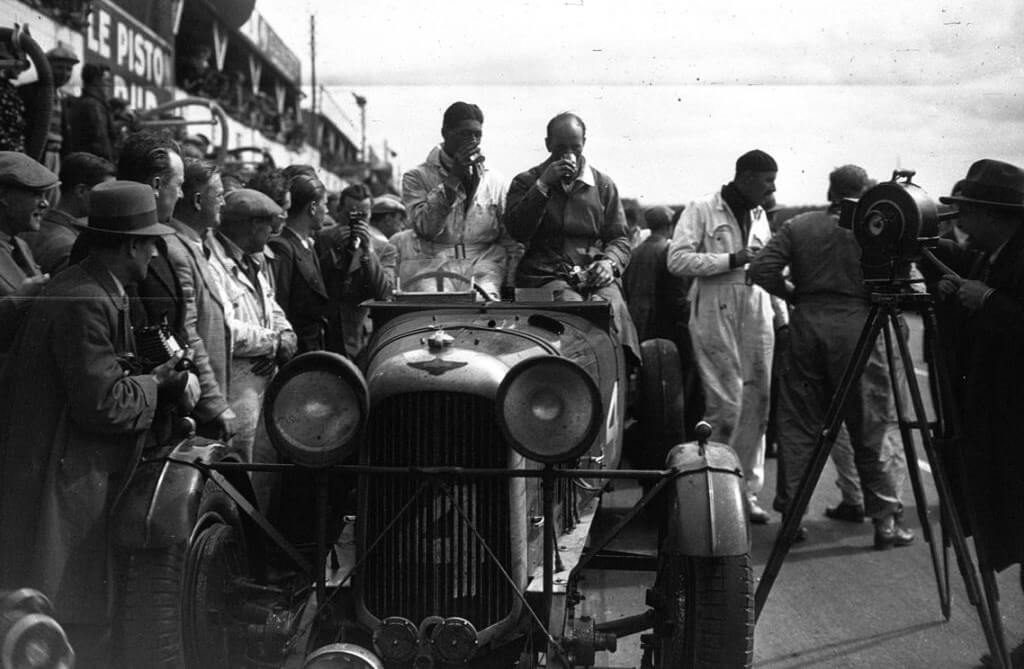 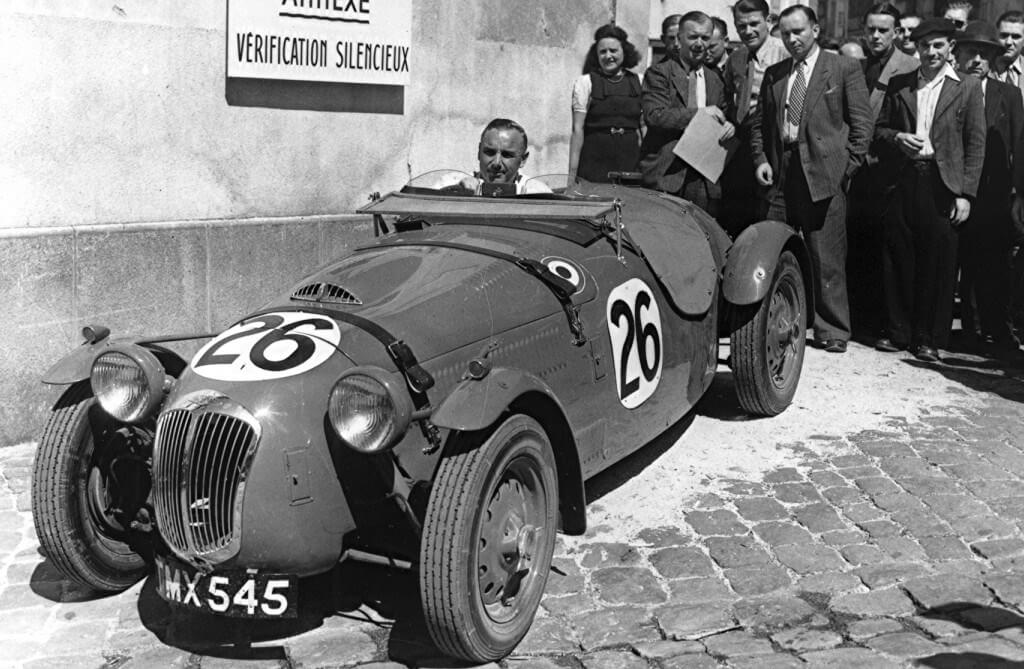 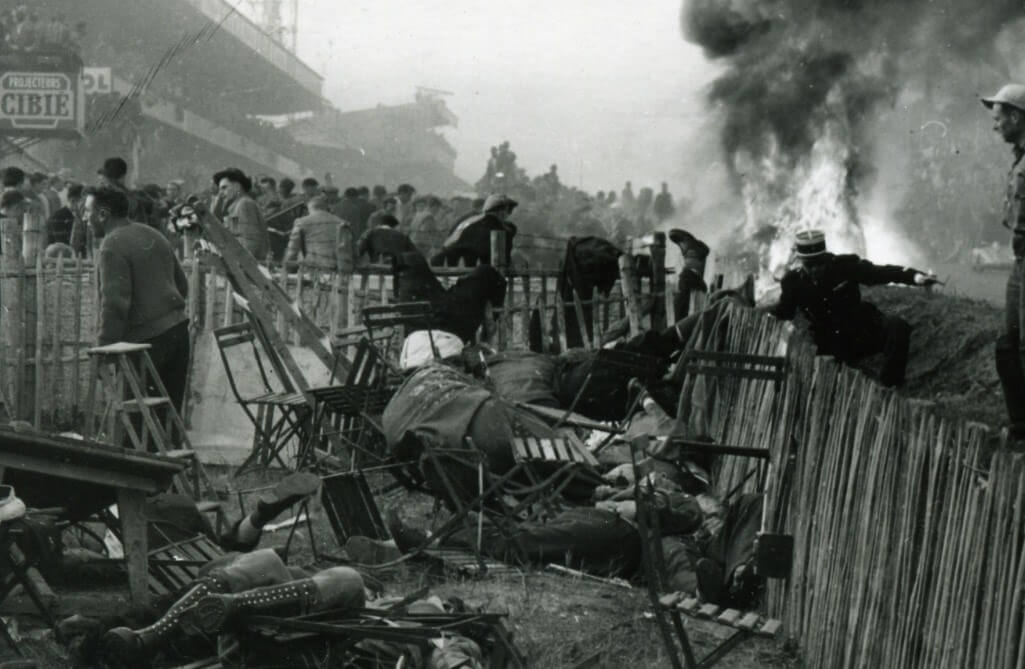 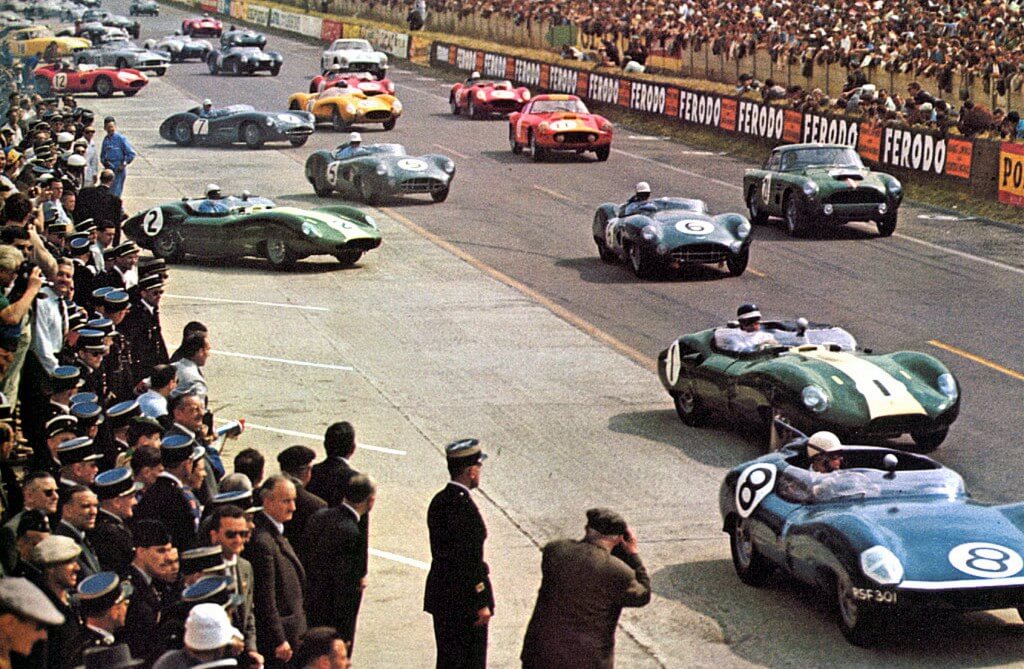 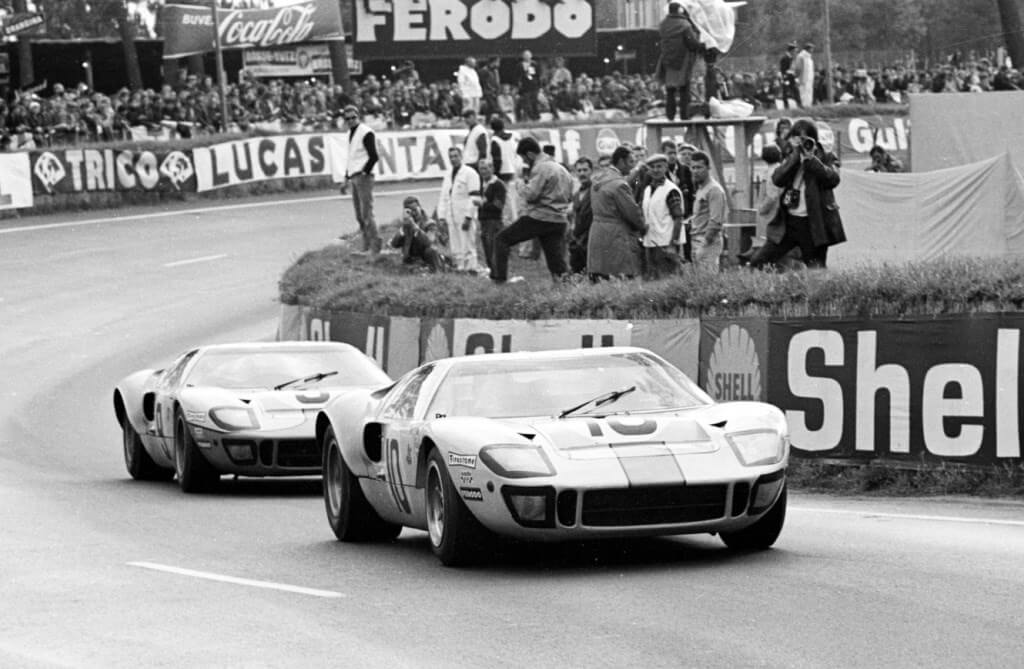 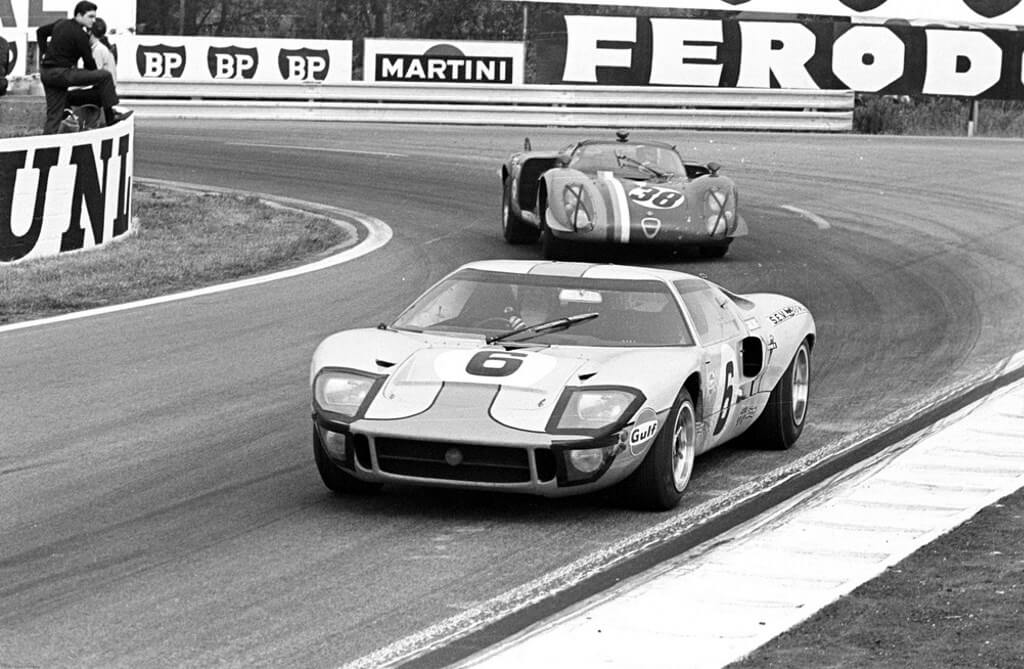 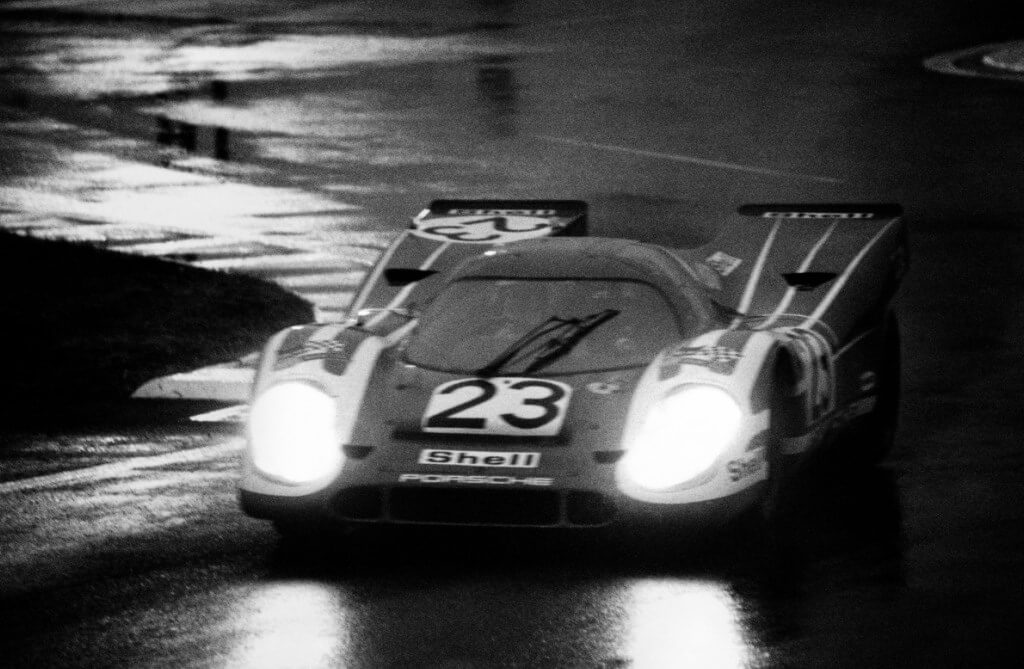 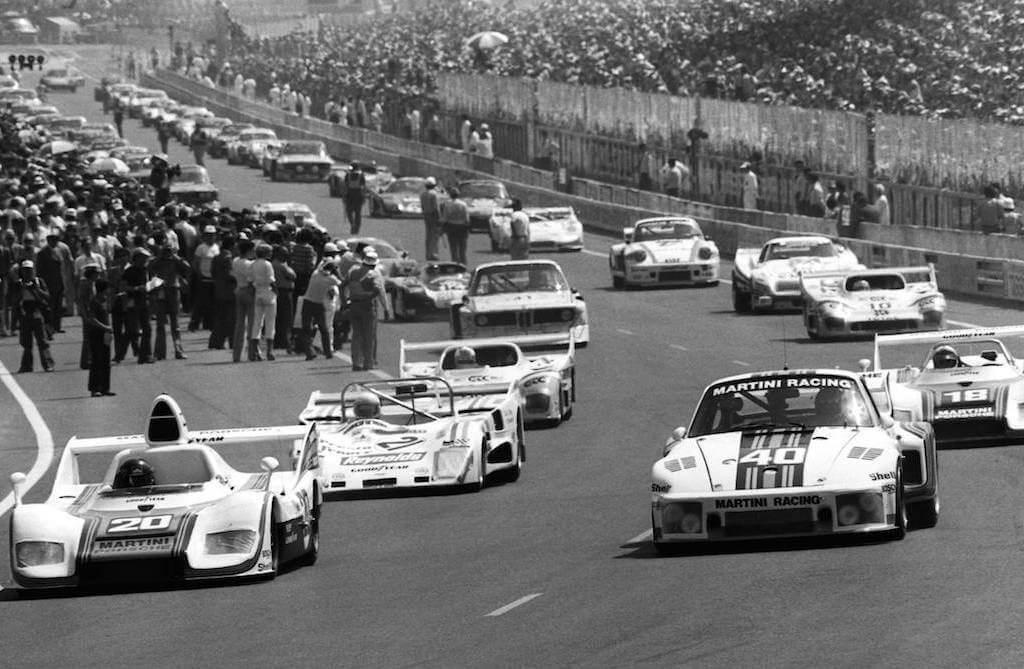 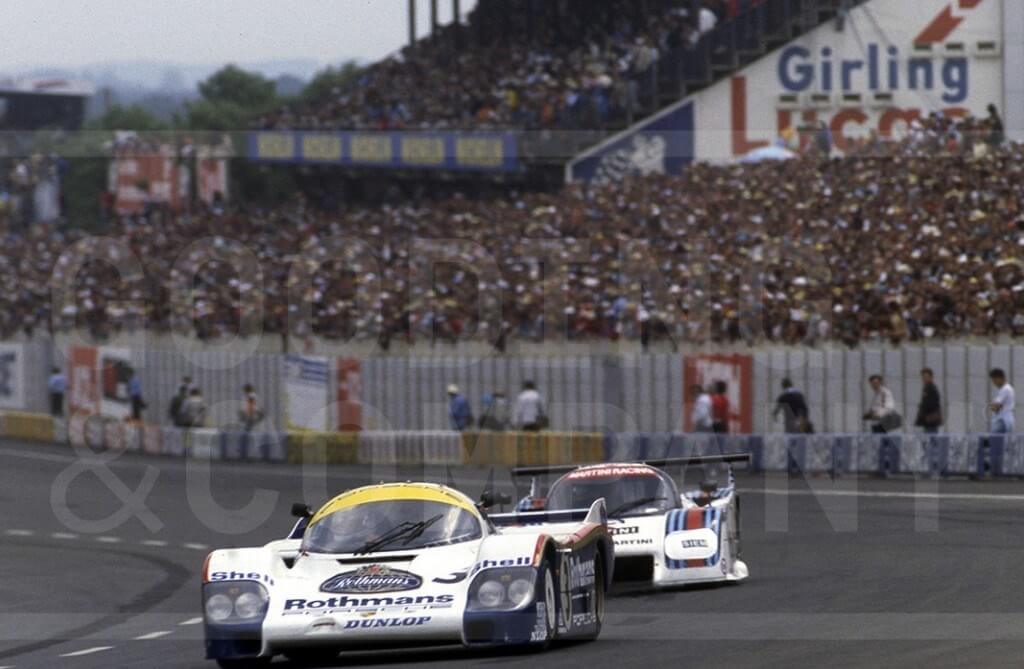 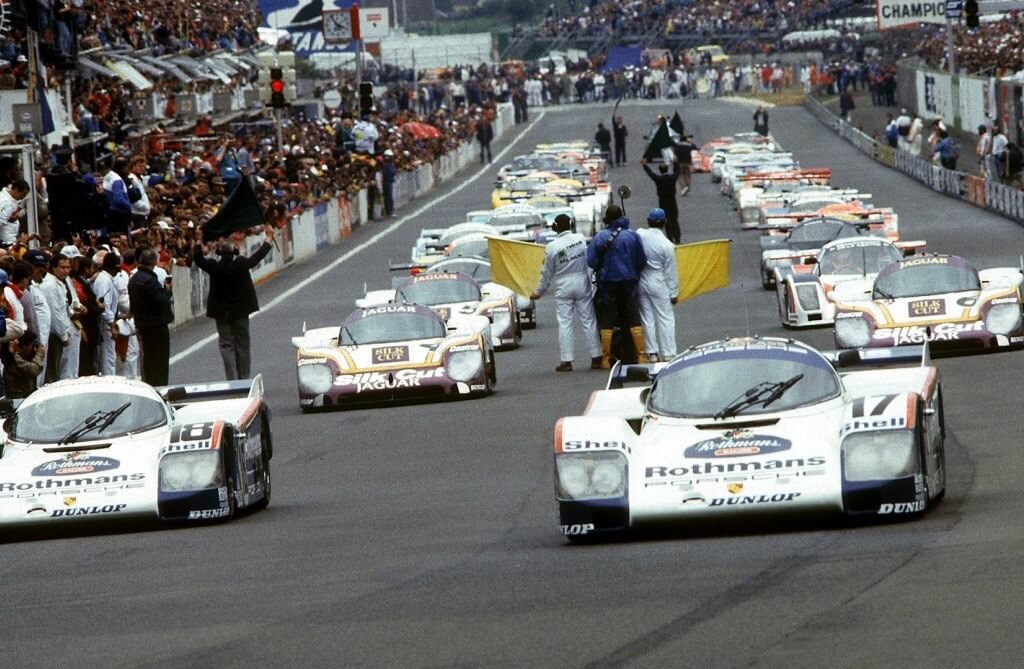 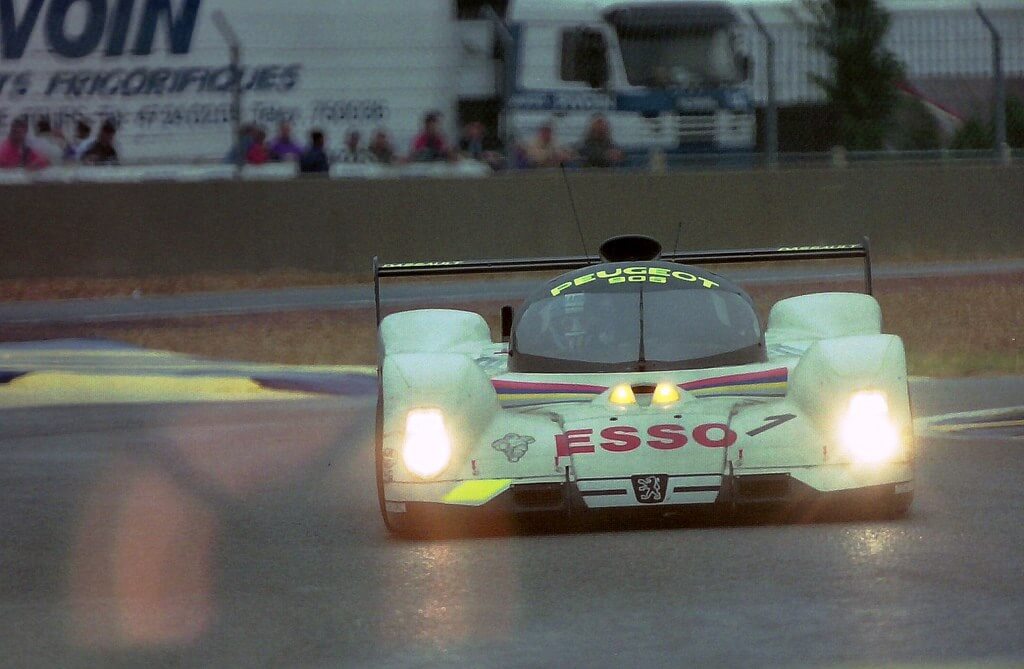 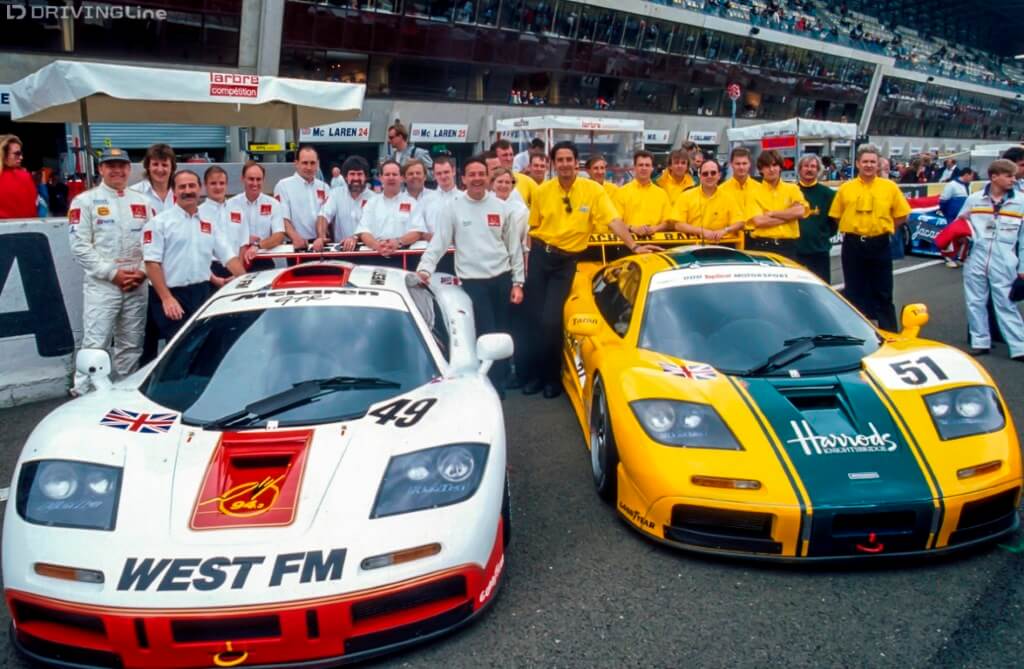 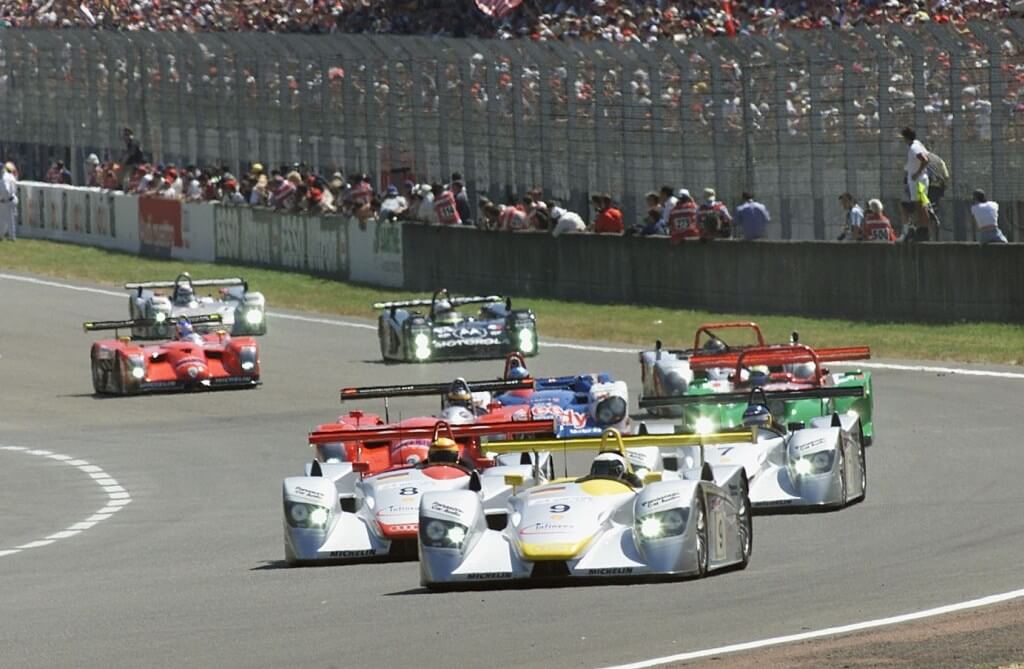 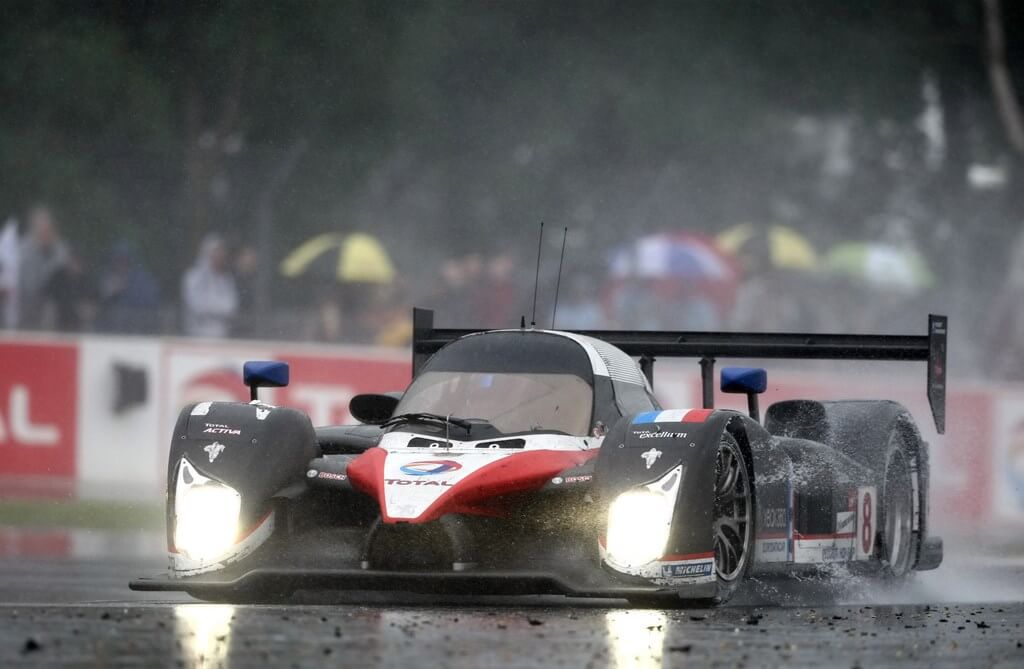 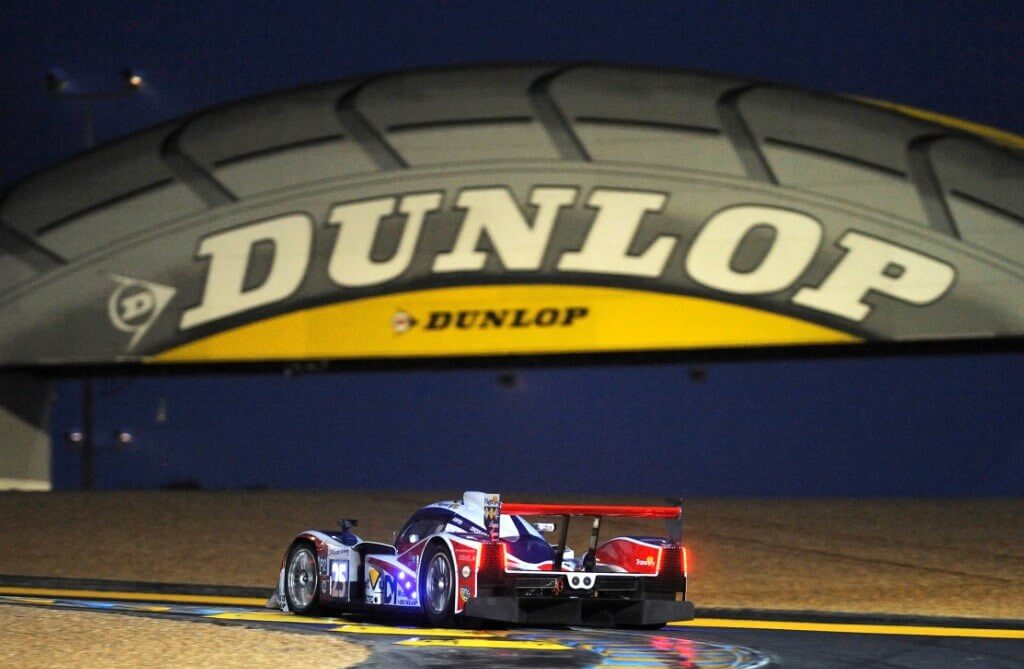 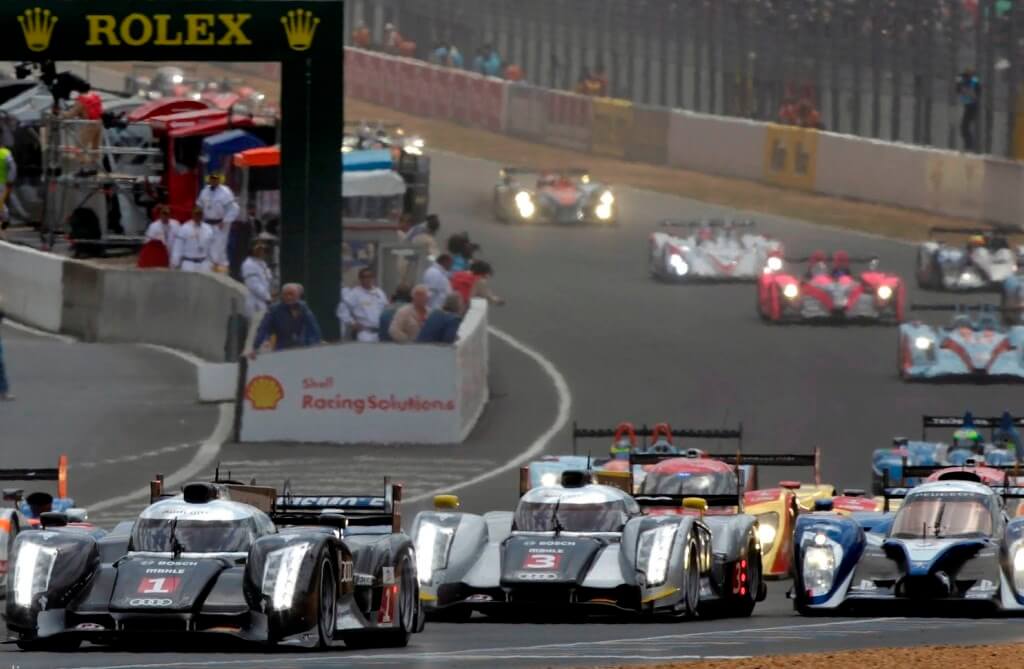 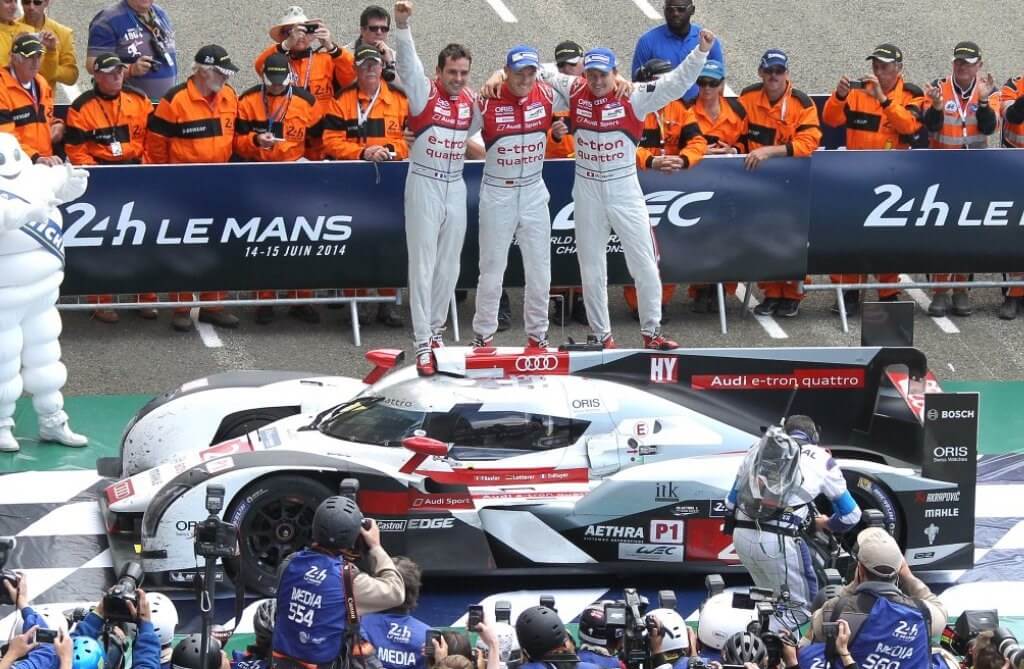 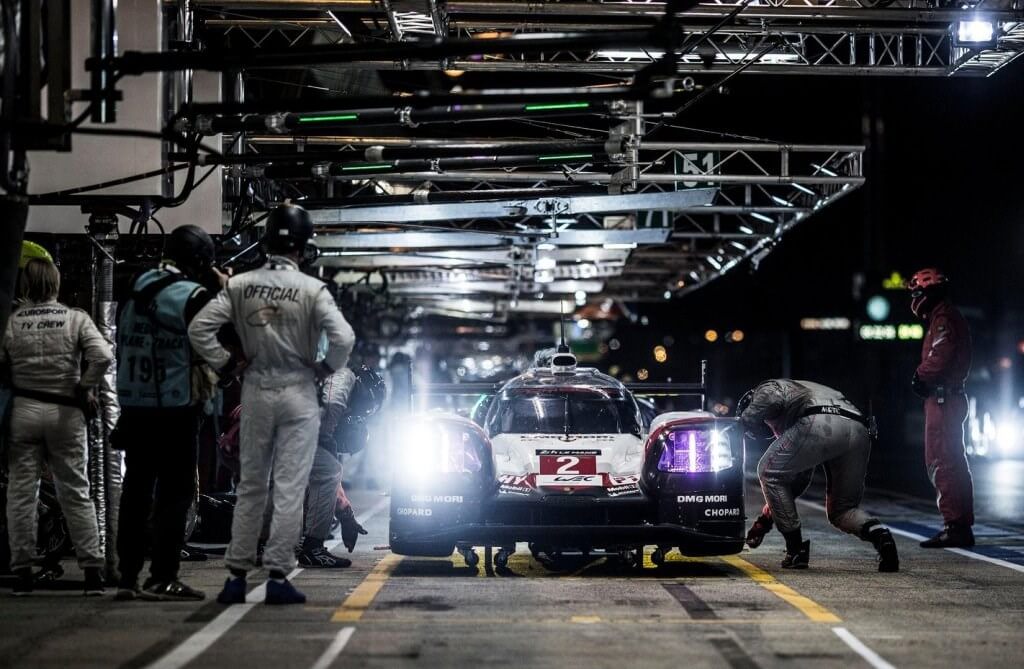 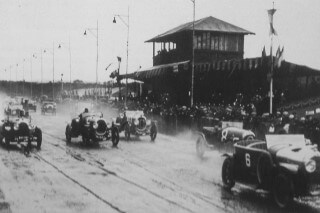 The race is organised by the Automobile Club de l'Ouest (ACO) and runs on the Circuit de la Sarthe, a circuit containing a mix of closed public roads and specialist motor racing circuit that are meant not only to test a car and driver's ability to be quick, but also to last over a 24 hour period. The competing teams will race in groups called classes for cars of similar specification while at the same time competing for outright placing amongst all of the classes. Originally, the race was held for cars as they were sold to the general public which were then called Sports Cars compared to the specialist racing cars used in Grands Prix. Over time, the competing vehicles evolved away from their publicly available road car roots and today, the race is made of two classes specialised enclosed-bodywork two-seat Prototype sports cars and two classes of Grand Touring cars which bear much closer resemblance to high performance sports cars as sold to the public.

Competing teams have had a wide variety of organisation, ranging from competition departments of road car manufacturers who are eager to prove the supremacy of their products, to professional motor racing teams who represent their commercial backers, some of which are also road car manufacturers attempting to win without the expense of setting up their own teams, to amateur race teams, racing as much to compete in the famous race as to claim victory for their commercial partners.

The race is held in June, leading at times to very hot weather conditions for the drivers, particularly in closed roof vehicles whose cabins can heat up to uncomfortably hot temperatures with generally poor ventilation; rain, however, is not uncommon.

The race begins in mid-afternoon, racing through the night and following morning before finishing at the same time the race started, the following day. Over the 24 hour period modern competitors will complete race distances well over 5,000 km (3,110 mi). The present record is 5,410 km (3,360 mi), recorded in the 2010 race.[4] It is a distance over six times longer than the Indianapolis 500, or approximately 18 times longer than a Formula One Grand Prix. The race has over the years inspired imitating races all over the globe, popularising the 24-hour format at places like Daytona, Nurburgring, Spa-Francorchamps, Sebring and Mount Panorama. Presently, the American Le Mans Series and the European based Le Mans Series of multi-event sports car championships have been spun off from 24 Hours of Le Mans regulations. Other races include the Le Mans Classic, a race for Le Mans race cars of years past held on the Circuit de la Sarthe, a motorcycle version of the race which is held on the shortened Bugatti version of the same circuit, a kart race (24 Heures Karting) and a truck race (24 Heures Camions).

The race is also known as a leg of the informal Triple Crown of Motorsport which links Formula One, Cars and Sports car racing to represent a career achievement for drivers. Additionally, it is seen as a leg of Triple Crown of endurance racing, which links the three largest sports car races together with 12 Hours of Sebring and 24 Hours of Daytona forming the other legs. 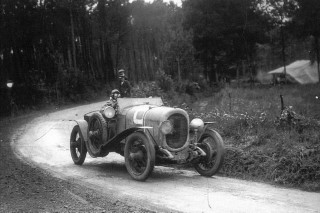 
May 26th, 27th, 1923 saw the first running of the Le Mans 24 hours, on the public roads around Le Mans town. The original plan was for a three year event awarded the Rudge-Whitworth Triennial Cup, with the winner being declared by the car which could go the farthest distance over three consecutive 24 Hour races, abandoned in 1928, the overall winners were declared for each single year depending on who covered the farthest distance in 24 hours.The early races were dominated by British, French, and Italian drivers, teams, and cars, with Bentley, Alfa Romeo and Bugatti being the prominent marques.

By the late 1930's innovations in car design began appearing at the Le Mans 24 hours circuit, with Bugatti and Alfa Romeo running aerodynamic bodywork, enabling them to reach faster speeds down the Mulsanne straight. In 1936 the race had to be cancelled due to strikes in France. With the outbreak of World War II in late 1939, the Le Mans 24hrs race went on a ten year break. 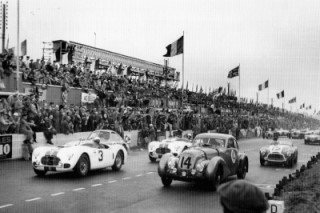 The Le Mans 24 hours race resumed in 1949 following the reconstruction of the Le Mans circuit facilities, with growing interest from major car manufacturers. After the formation of the World Sportscar Championship in 1953, of which the Le Mans 24 hour was a part, Jaguar, Ferrari, Aston Martin, Mercedes-Benz, and others began sending multiple cars, supported by their factories, to compete against their competitors.

Unfortunately this increased competition which lead to tragedy with an accident during the 1955 race. The car of Pierre Levegh crashed into a crowd of spectators, on the pit straight killing more than 80 people. It was miscommunication that led to it, Lance Maklin moved to let Mike Hawthorn through signalling he was heading to the pits.

Unaware of levegh's Mercedes coming at him Macklin moved to the centre of the track and Levegh's car hit the Austin Healy. The car was thrown into the crowd were it disintegrated and caught fire with its parts crashing through the spectators.

Being made of magnesium the emergency crews putting the flames out with water made the situation worse.

This event led to widespread safety measures being brought in, not only at Le Mans, but elsewhere in the world of motor sport. Mercedes withdrew from motorsport, Switzerland banned motor racing. However, even though the safety standards increased, so did the achievable top speeds of the cars. The move from open-cockpit roadsters to closed-cockpit coupes would enable speeds over 200 mph on the Mulsanne. The Le Mans 24 hours race cars of this time were mostly based on production road cars.

By the end of the 1960s, Ford would enter the Le Mans 24hrs with their GT40s, taking four straight wins before the era of production-based cars would come to a close. changes, speeds over 200 mph are still regularly reached at various points on a Le Mans 24 hours lap. 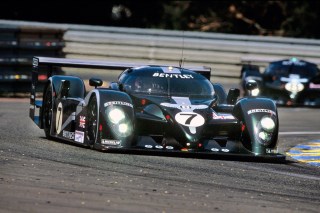 Although MG, Panoz, and Chrysler, all briefly made attempts to compete with Audi, none could match the performance of the Audi R8.

After three consecutive victories, Audi provided engine, support staff and drivers to their corporate partner Bentley, who had returned in 2001. These factory Bentleys were finally able to succeed at Le Mans 24 hours ahead of the now privateer Audis in 2003. 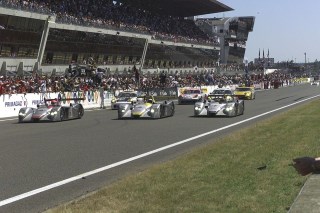 By the end of 2005, after an impressive five victories for the Audi R8, and six to its V8 turbo engine, Audi took on a new Le Mans 24 hours challenge by introducing a diesel engine prototype car known as the R10 TDI. Although this was not the first diesel to race at the Le Mans 24 hours, it was the first to achieve victory.

This era saw other alternative fuel sources being tried, including bio-ethanol, while Peugeot decided to follow Audi's lead and pursue a diesel entry in 2007 and 2008 with their Peugeot 908. They ran Audi close but the R10 finished ahead on each occasion.  In 2009 the Peugeot 908 claimed victory, bringing an end to the German manufacturer's run of Le Mans wins, however Audi were back in 2010 claiming a 1,2,3 at the chequered flag after engine failures and suspension problems forced all 4 Peugeot entrants to retire. 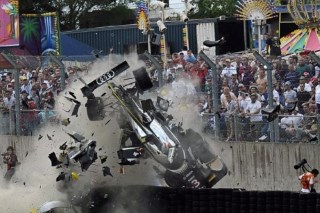 2011 saw one of the closest races in Le Mans history with Audi just crossing the line ahead of its Peugeot rivals, however, the race will most probably be remembered for the 2 major crashes involving the Audis driven by Allan McNish and Mike Rockenfeller. Fortunately both drivers were able to walk away from the wreckage of their cars.

Le Mans 2012 saw the introduction of hybrid technology for both Audi & Toyota in the LMP1 class. After the withdrawal of Peugeot for financial reasons, it was Toyota that stood up to challenge Audi. However two major crashes, one which left driver Ant Davidson with a broken back, left Audi unchallenged at the front. Audi's hybrid diesel, the R18 E-tron quattro eventually took the honours.

Le Mans 2014 saw the return of the outright Le Mans winners Porsche with a new LMP1 to take on audi and Toyota, Nissan managed to do the first Full electric lap of the track with the ZEOD

Le Mans 2015 saw the return of the Nissan with a radical new LMP1 to take on audi and Toyota, This venture was fraught with problems that would ultimately fail