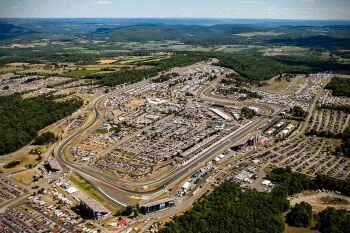 In 1961, just six weeks before the scheduled date for another Formula Libre race that fall, Argetsinger was tapped to prepare Watkins Glen for the final round of the Formula One World Championship. While many of the necessary preparations had already been made, new pits were constructed to satisfy European standards of pit boxes with overhead cover.

The United States Grand Prix at Watkins Glen quickly became an autumnal tradition as huge crowds of knowledgeable racing fans flocked to Upstate New York each year amid the spectacular autumn colors of the region. The race was also among the most popular on the global Grand Prix calendar with the teams and drivers[citation needed] because its starting and prize money often exceeded those of the other races combined.

The Glen hosted a variety of other events throughout the Grand Prix years: from Can-Am, Trans-Am, IROC, and Endurance Sports car racing, to Formula 5000 and the CART series, these races strengthened the circuit's reputation as the premier road racing facility in the United States. From 1968 through 1981, the "Six Hours at The Glen" endurance race featured top drivers such as Mario Andretti, Jacky Ickx, Pedro Rodríguez, and Derek Bell. Different races were sometimes featured together on the same weekend (e.g., Six Hours and Can-Am) and drew sizable crowds, but without a Formula One race, the circuit struggled to survive. It finally declared bankruptcy and closed in 1981.

For two years, the track was not well maintained and hosted only a few SCCA meets without spectators. In 1983, Corning Enterprises, a subsidiary of nearby Corning, partnered with International Speedway Corporation to purchase the track and rename it, Watkins Glen International.

The renovated track, with the chicane at the bottom of the Esses removed, reopened in 1984 with the return of IMSA with the Camel Continental I, which would be conducted until 1995, with the last two years under the name "The Glen Continental" after Camel's withdrawal from IMSA.

The circuit annually hosts one of the nation's premier vintage events, the Zippo U.S. Vintage Grand Prix. When the fiftieth anniversary of road racing in Watkins Glen was celebrated during the 1998 racing season, this event was the climax, returning many original cars and drivers to the original 6.6-mile (10.6 km) street circuit through the village during the Grand Prix Festival Race Reenactment.

After a 25-year layoff, major-league open wheel racing returned to the track as one of three road courses on the 2005 Indy Racing League schedule. 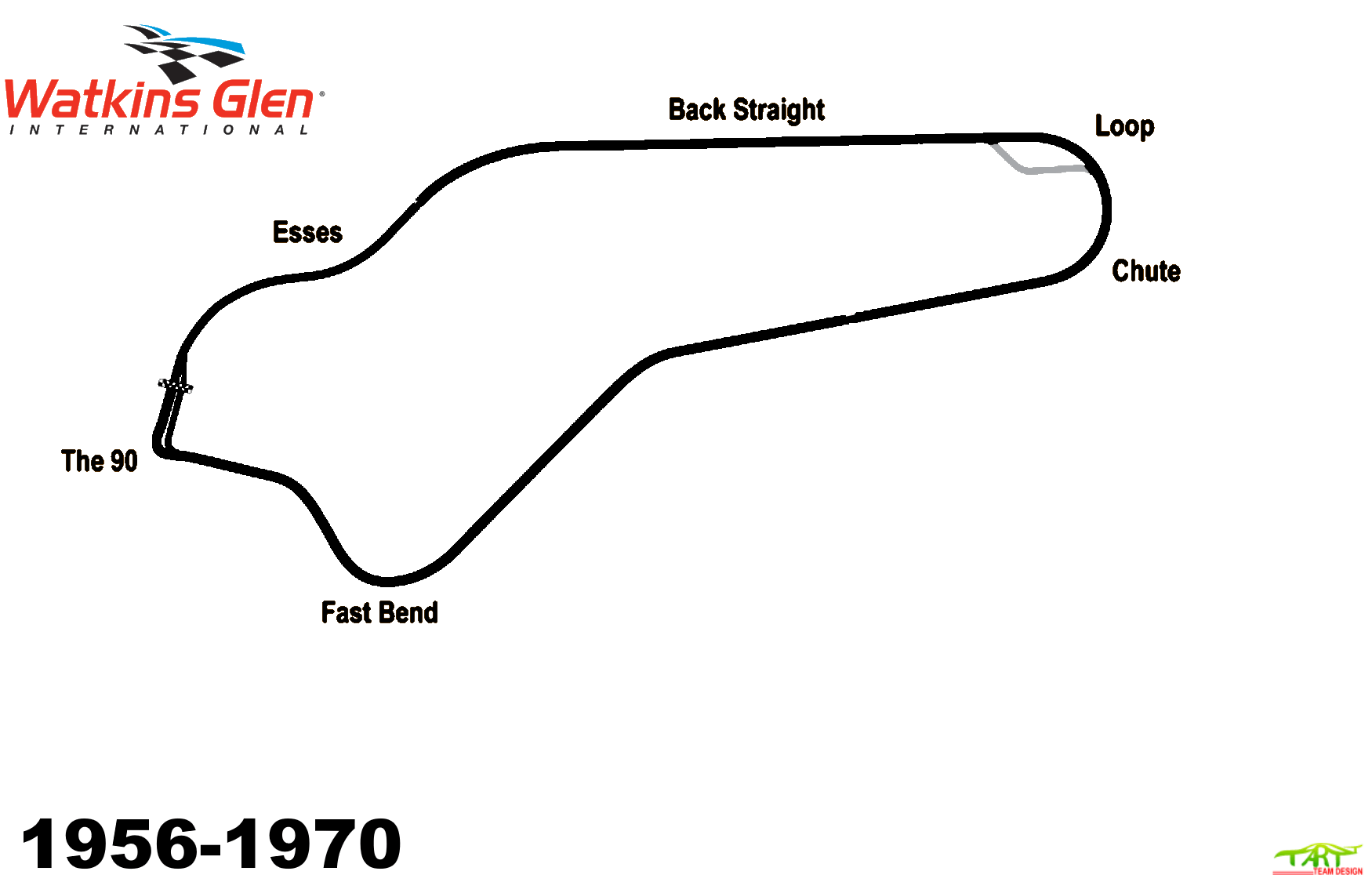 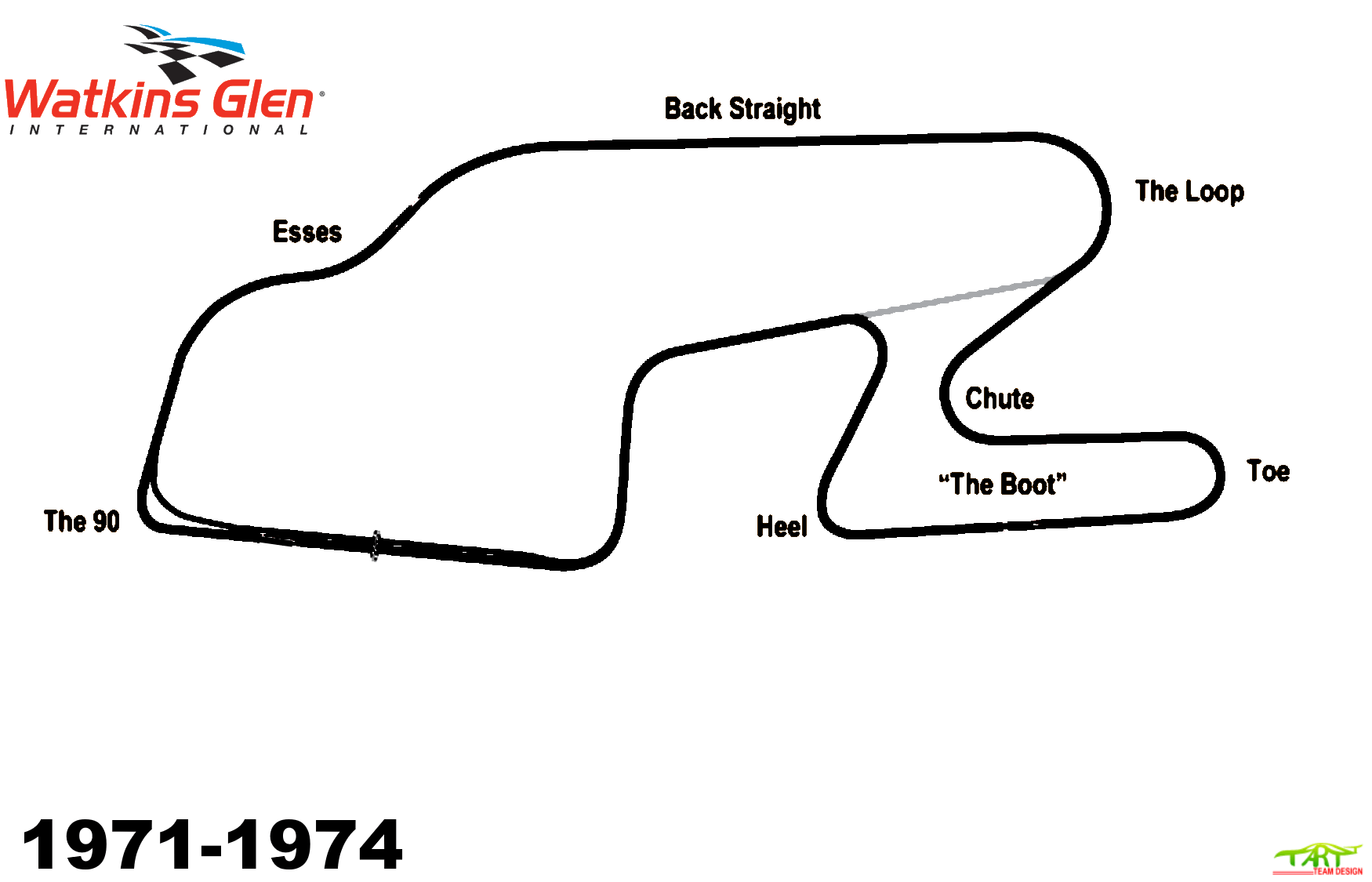 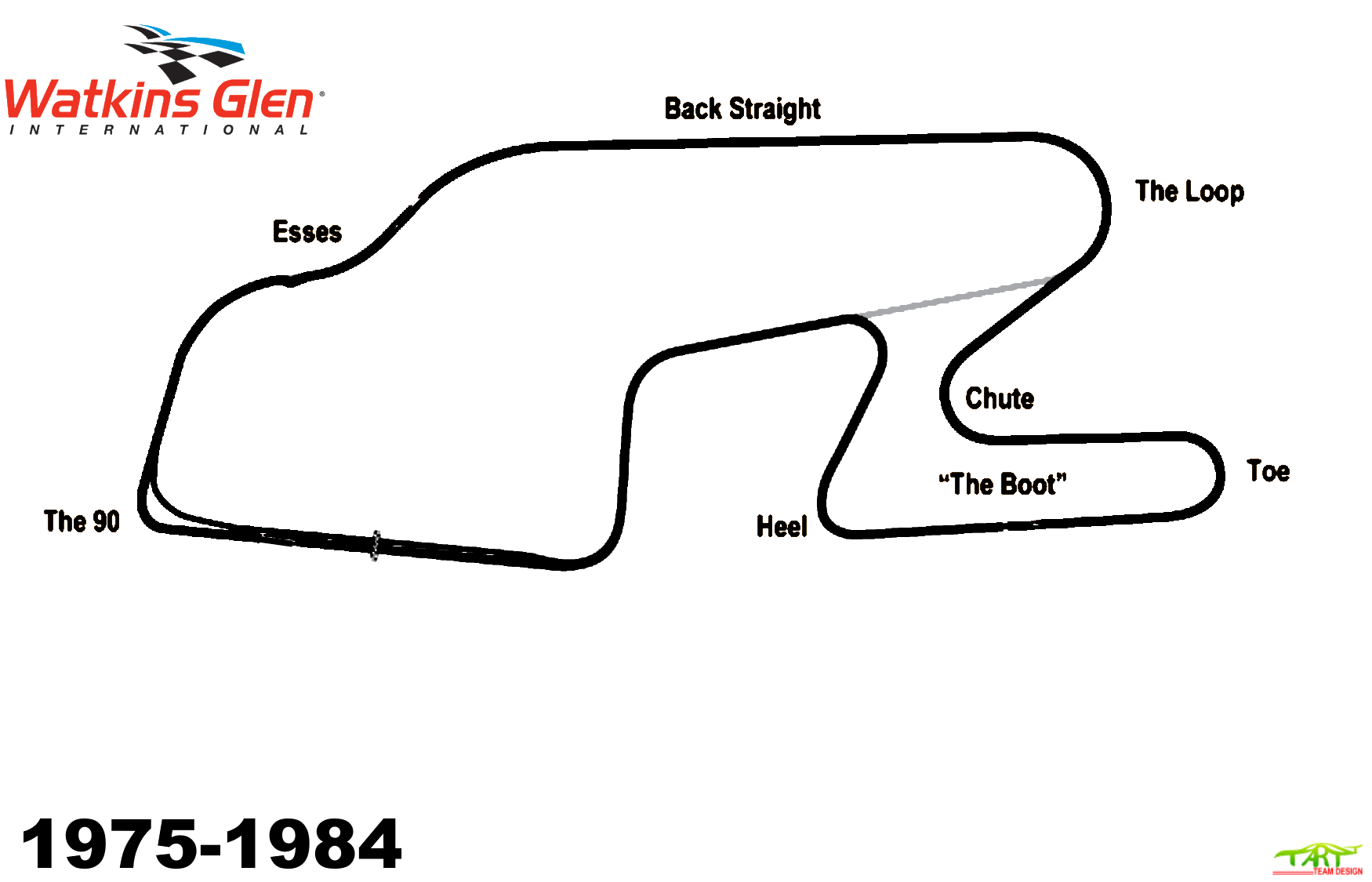 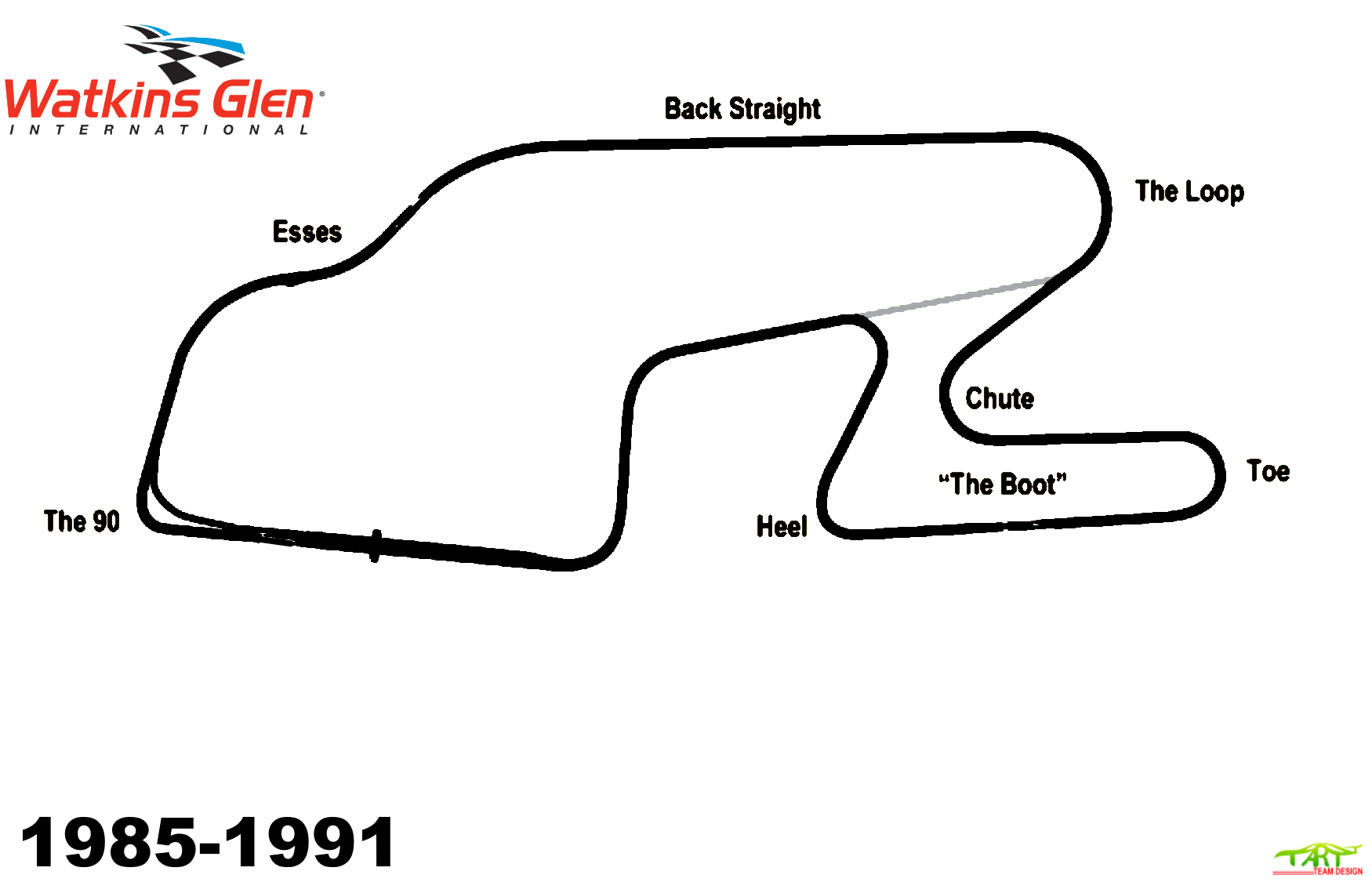 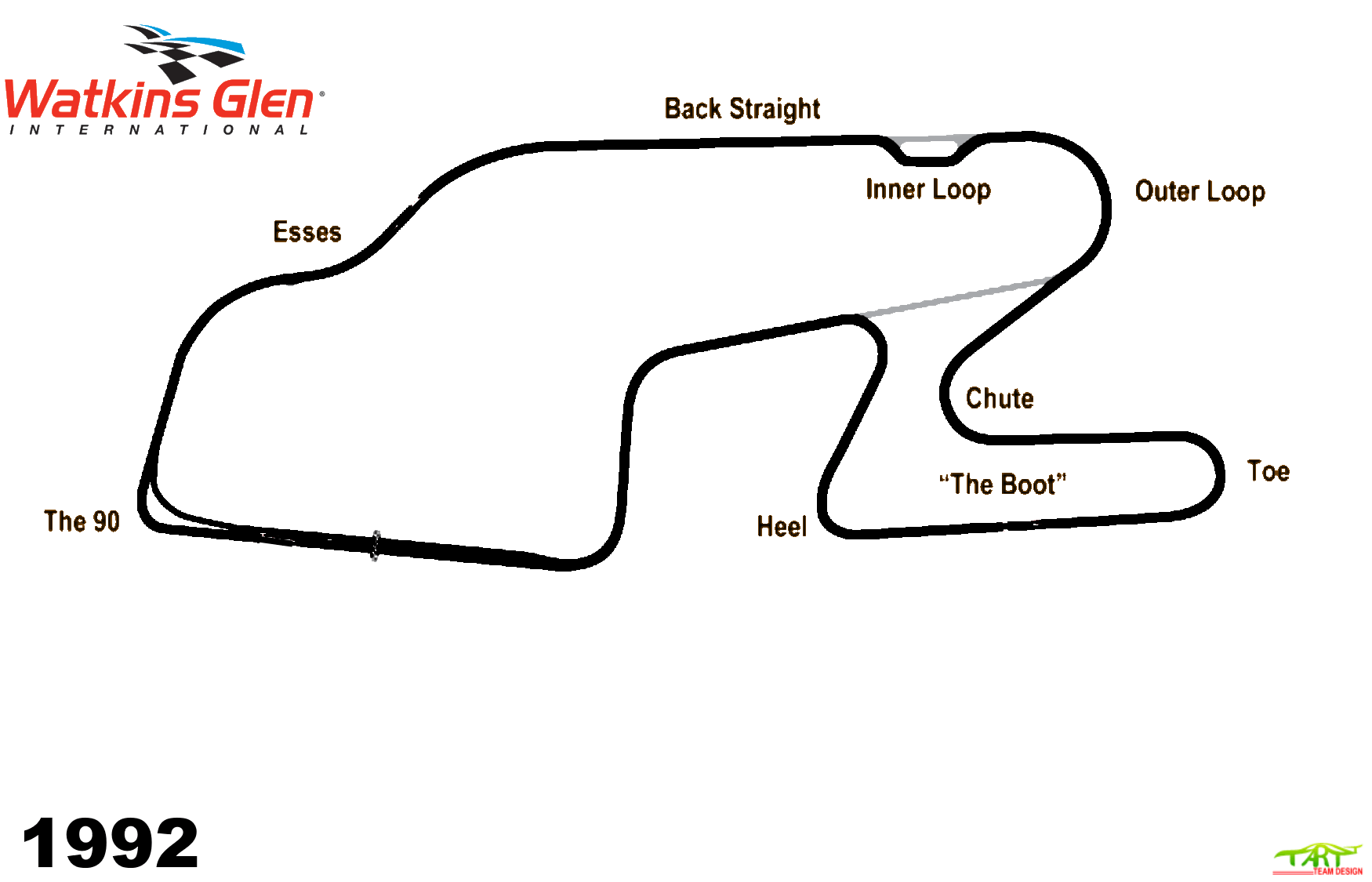 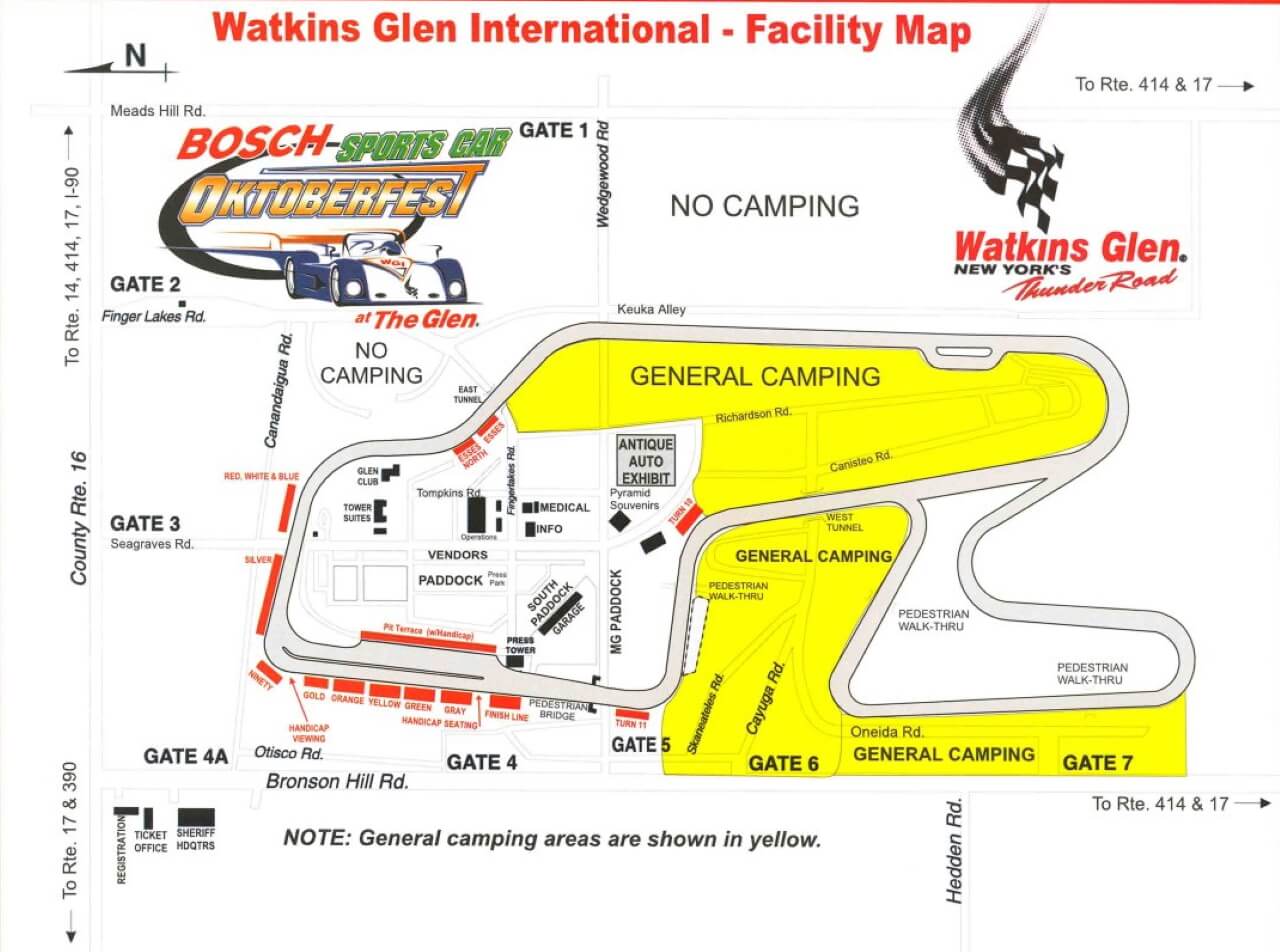 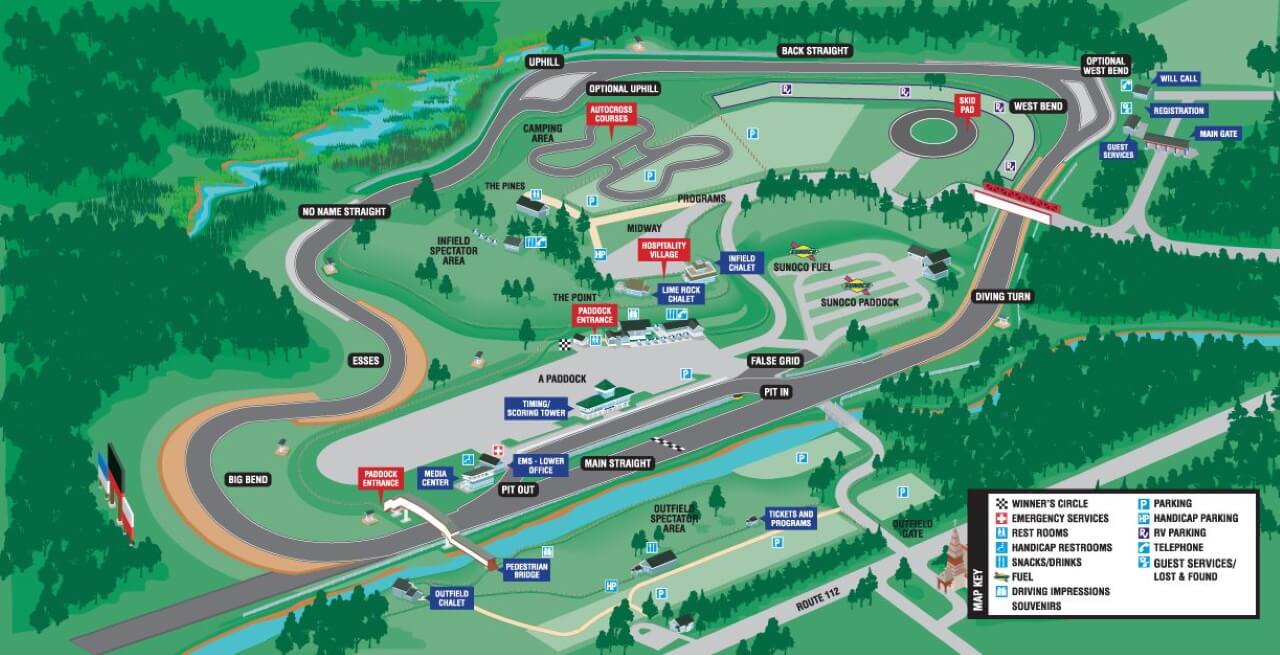 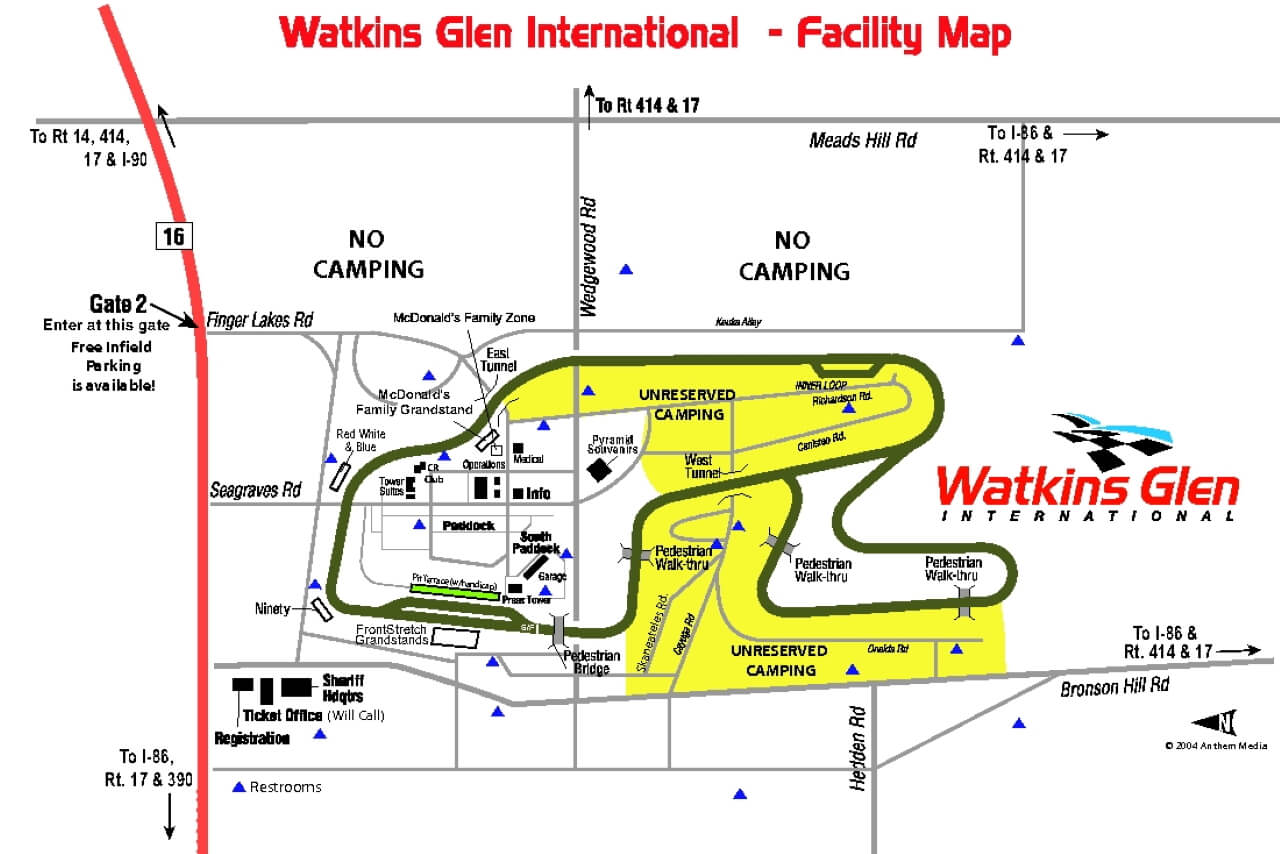 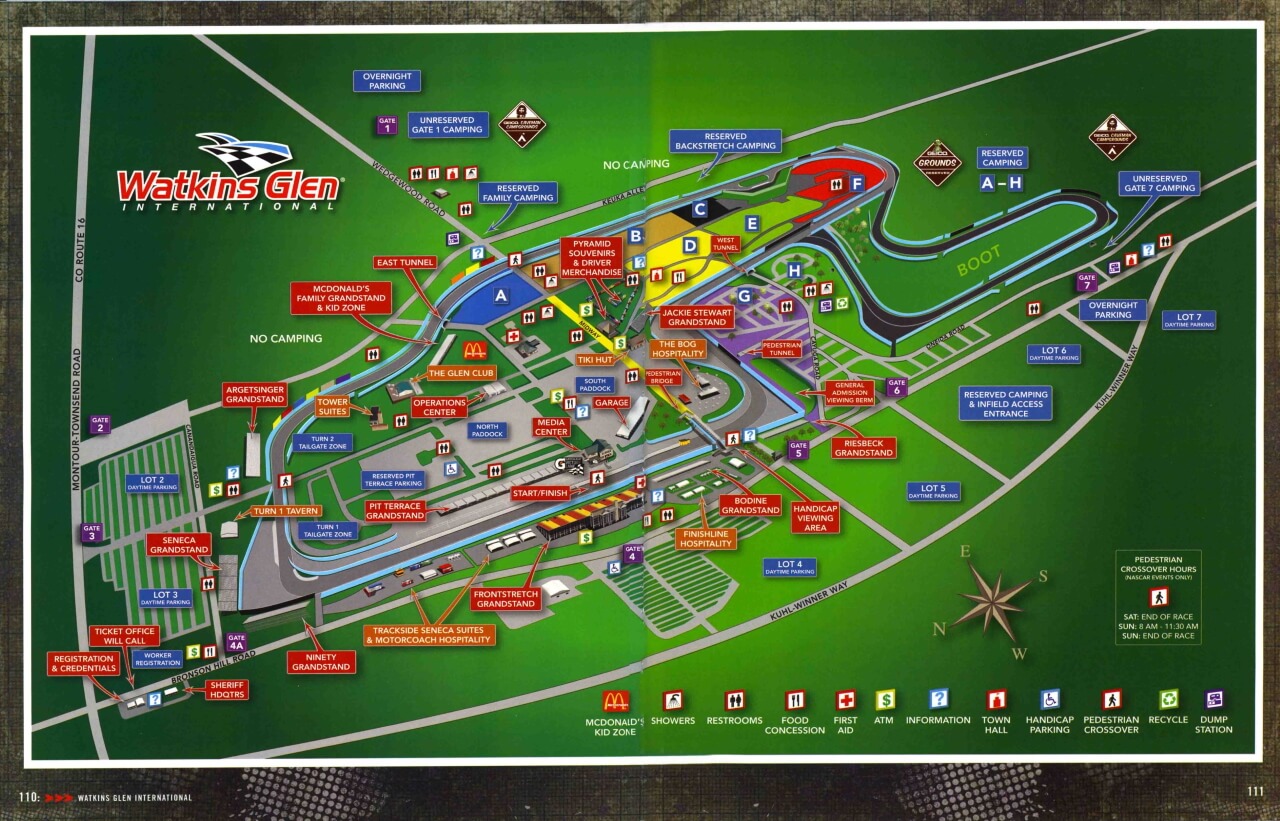 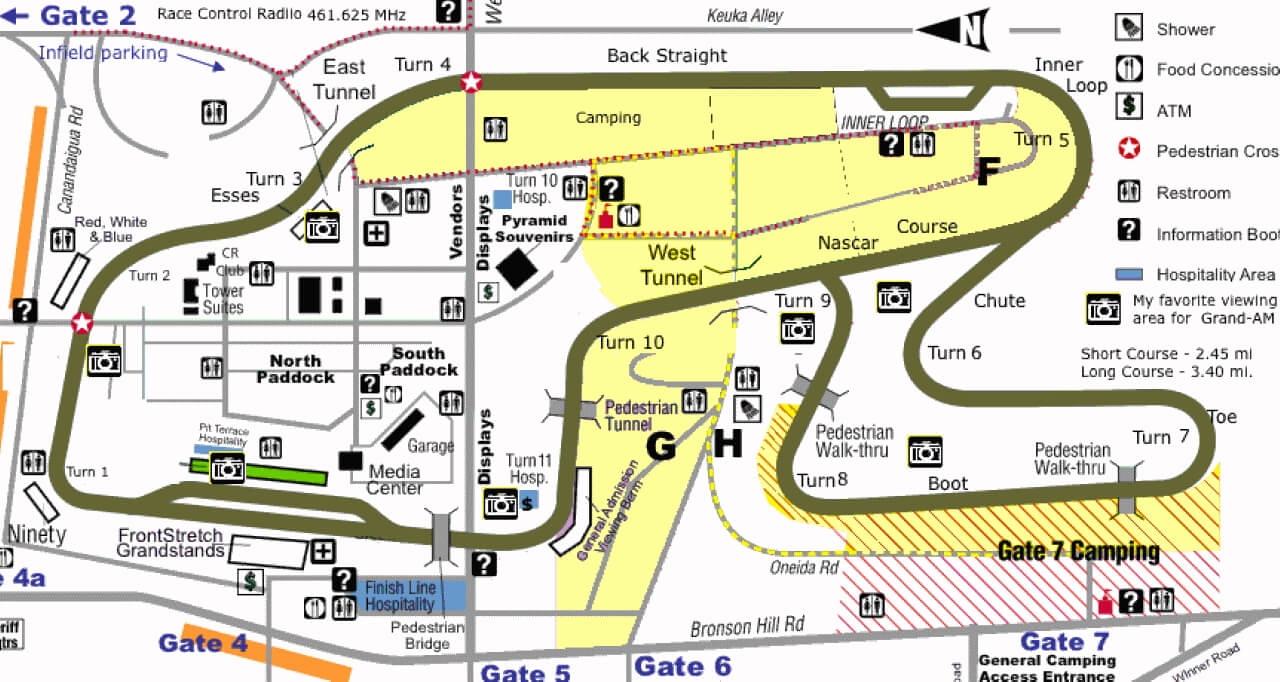 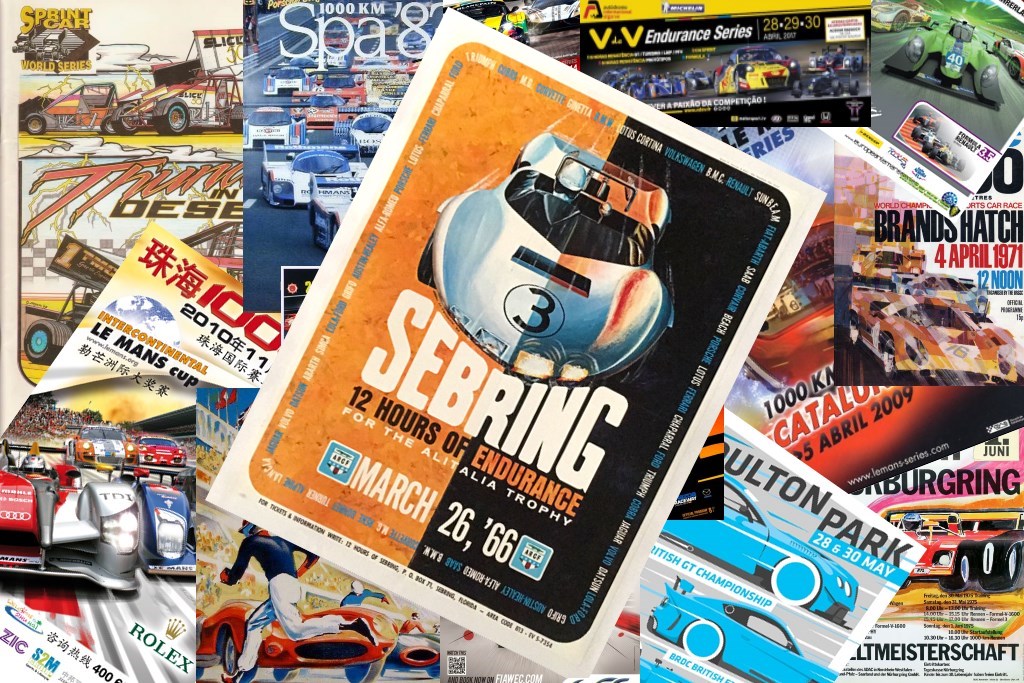 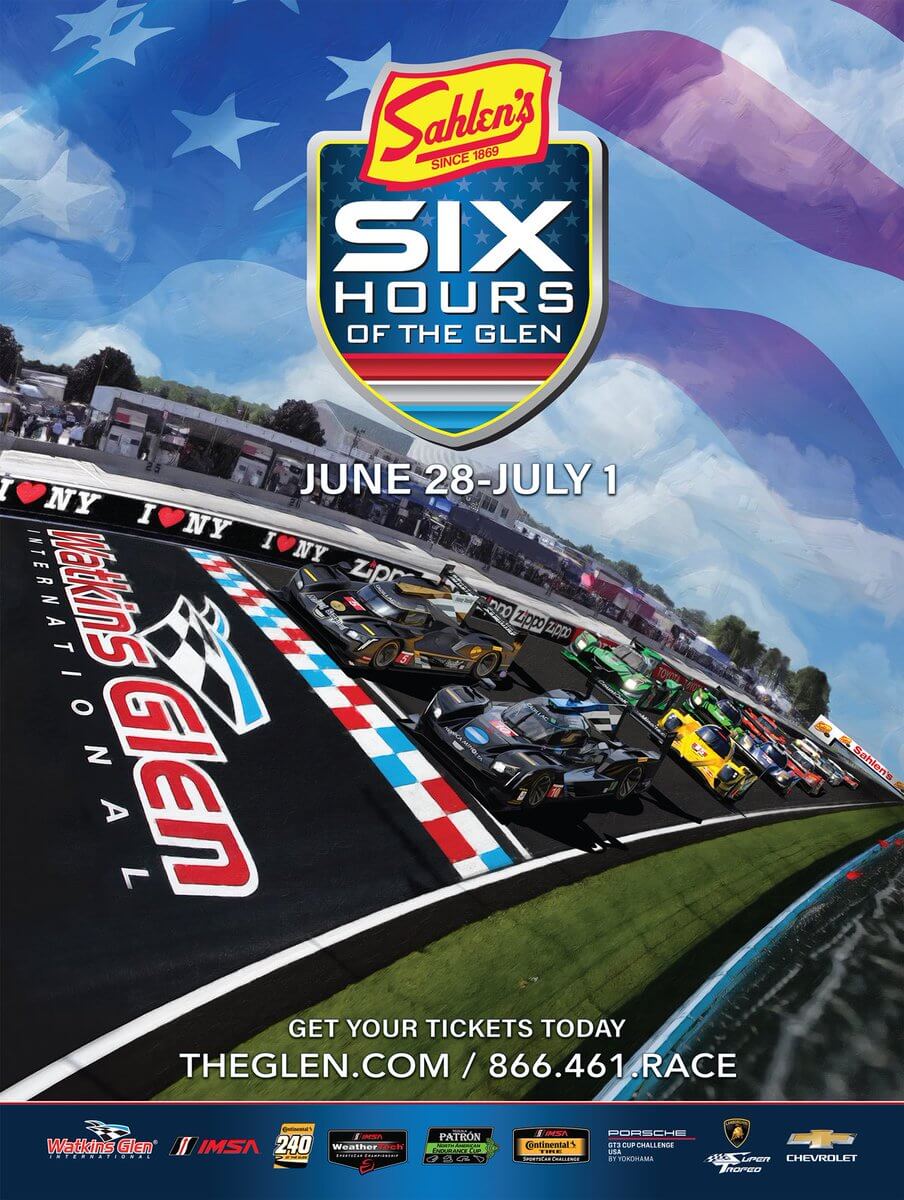 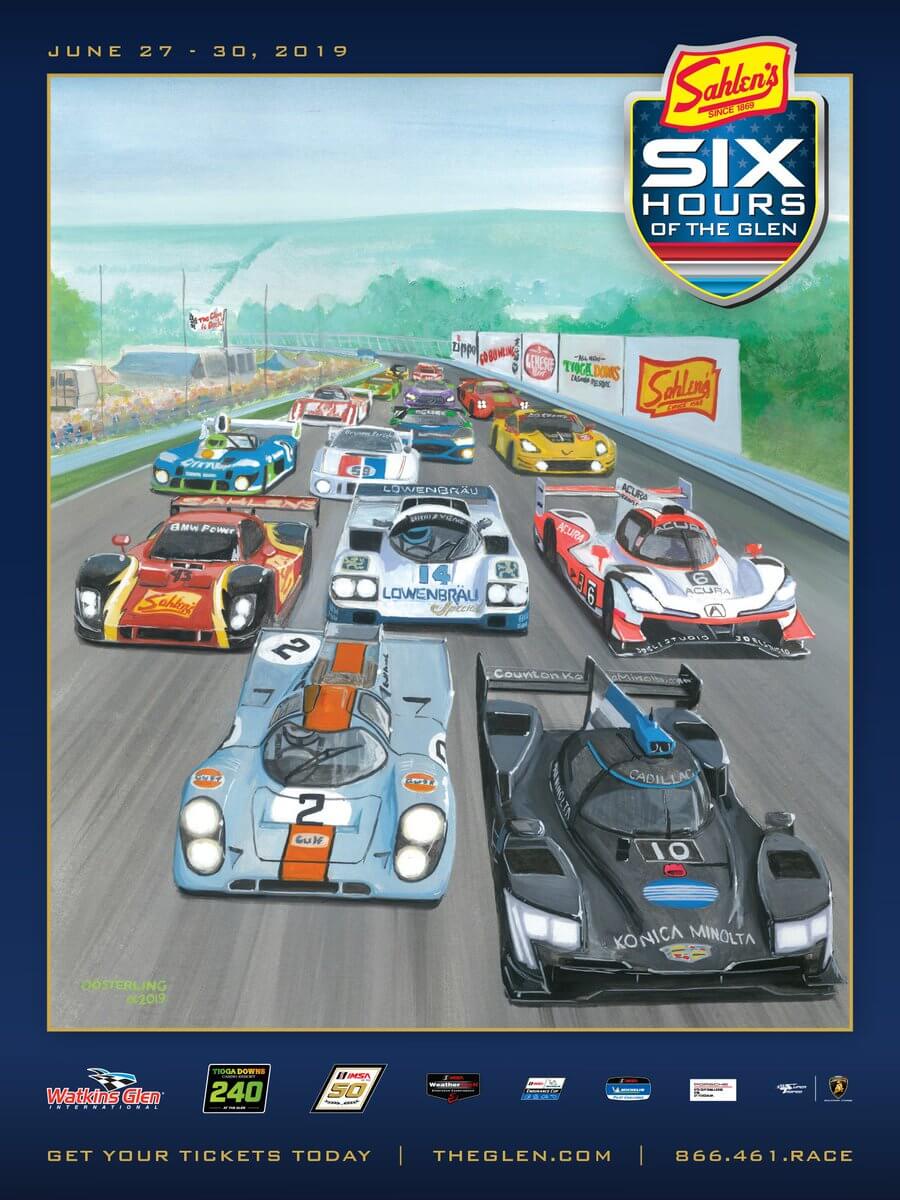 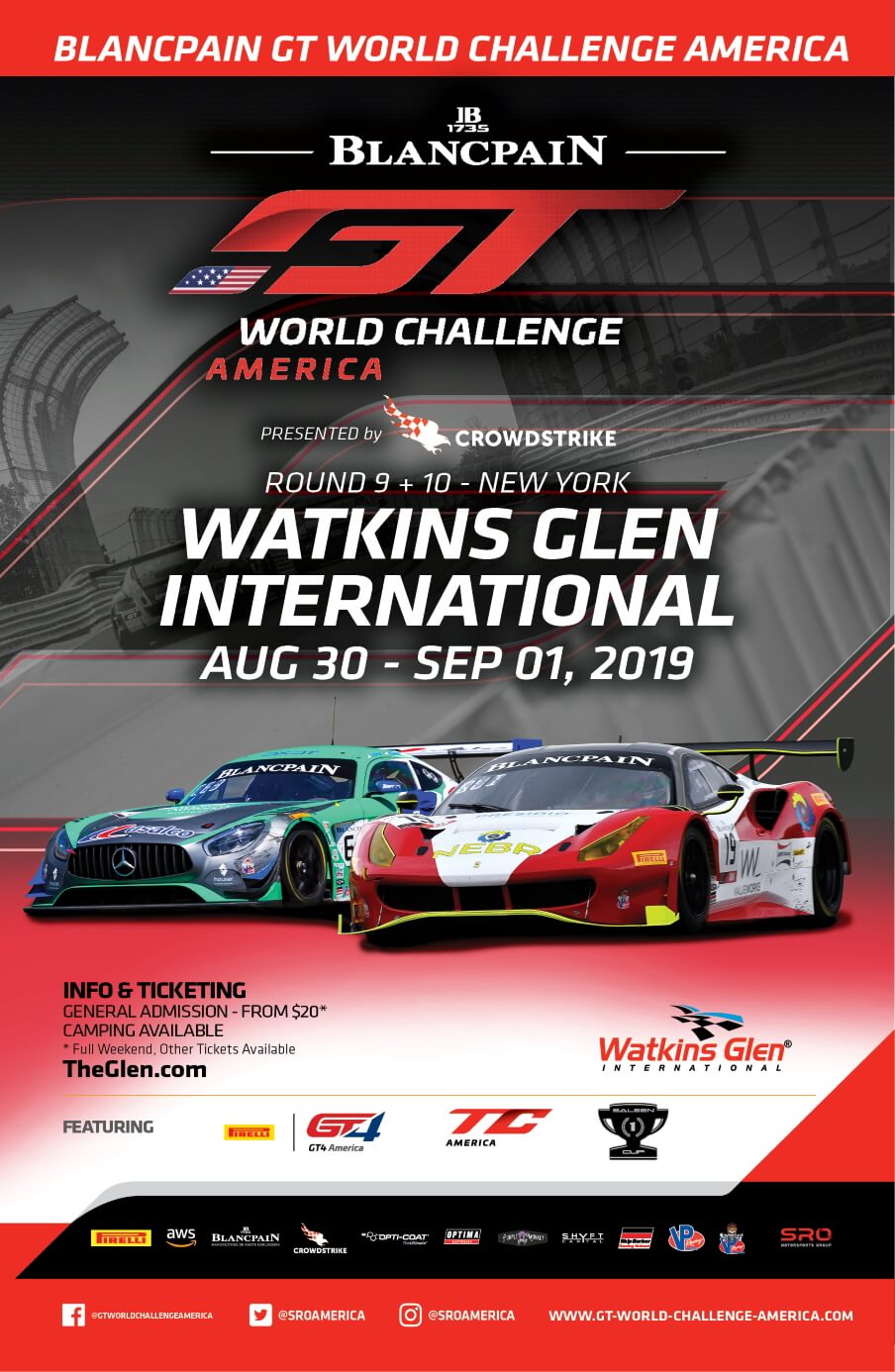 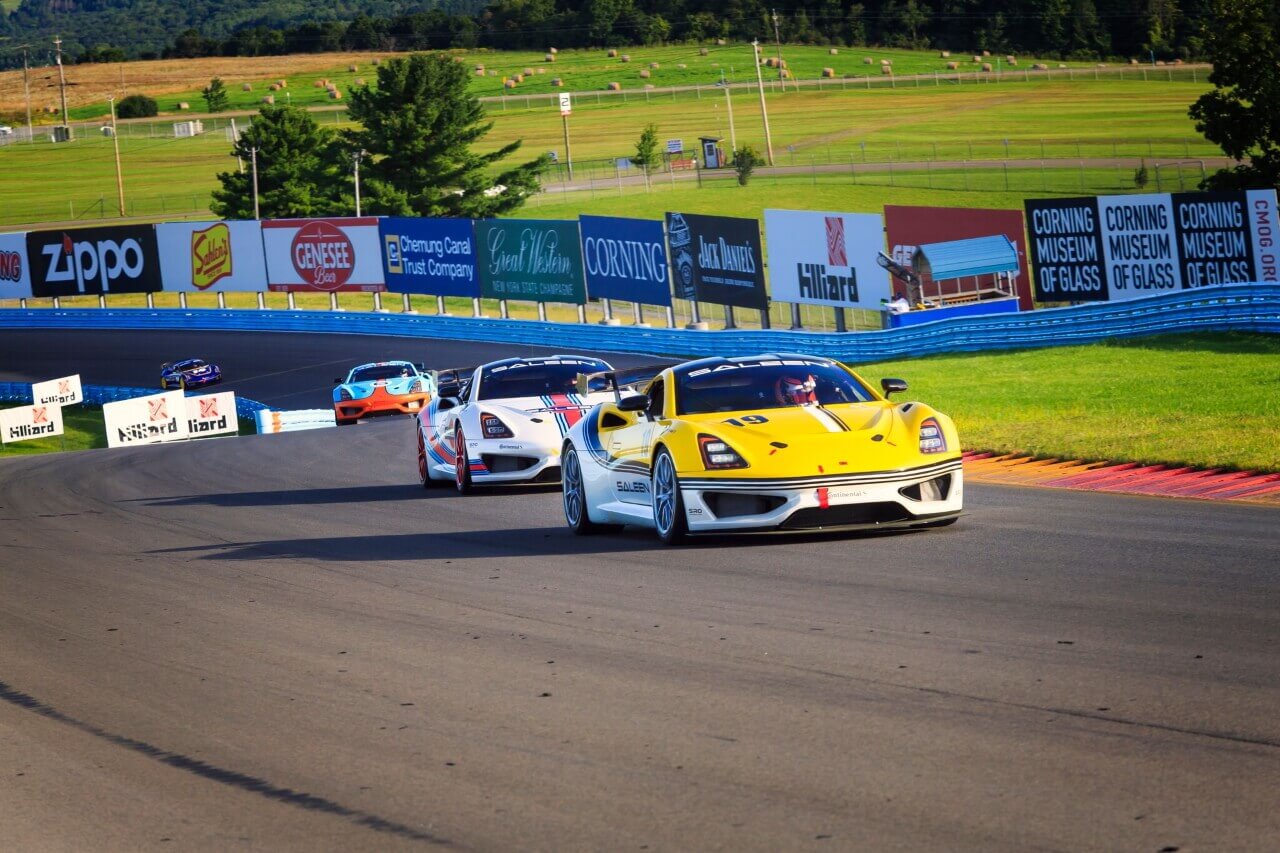 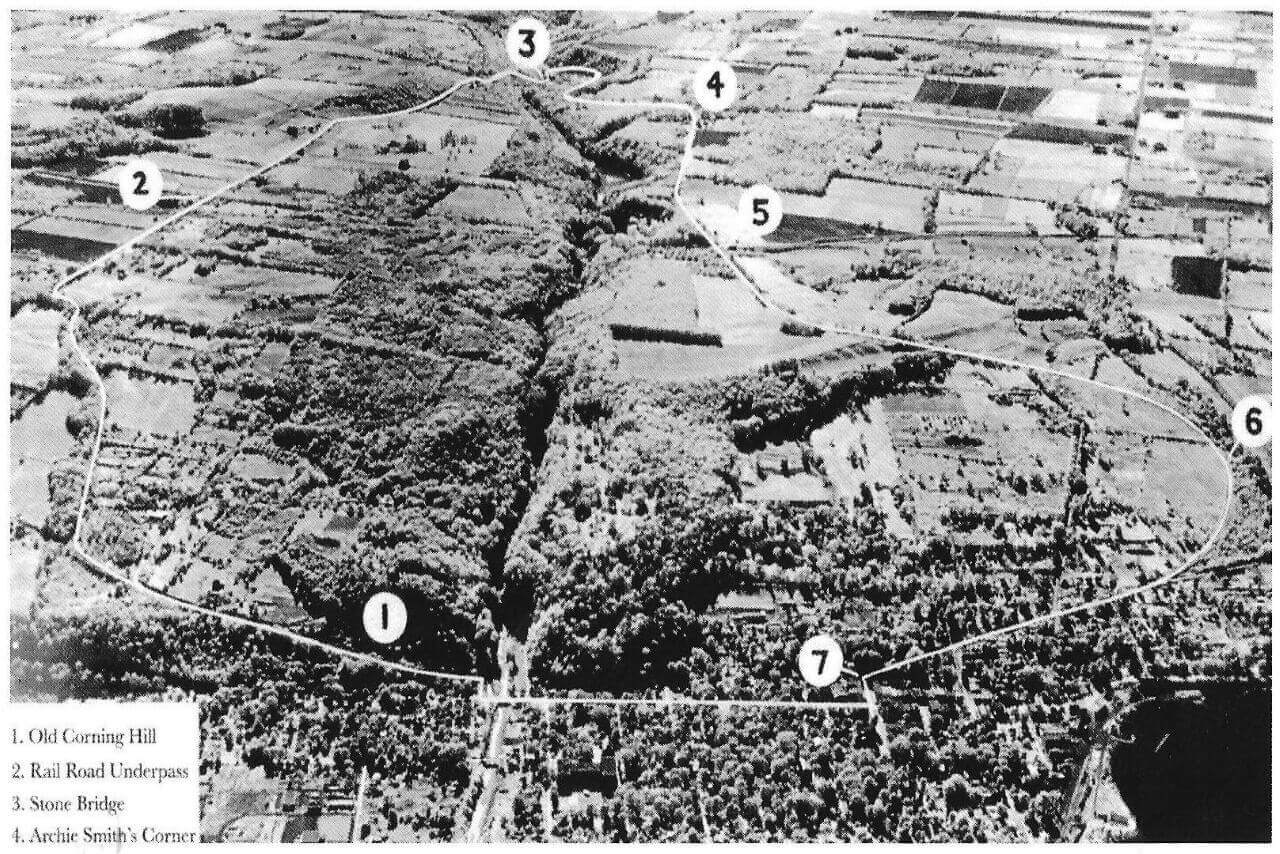 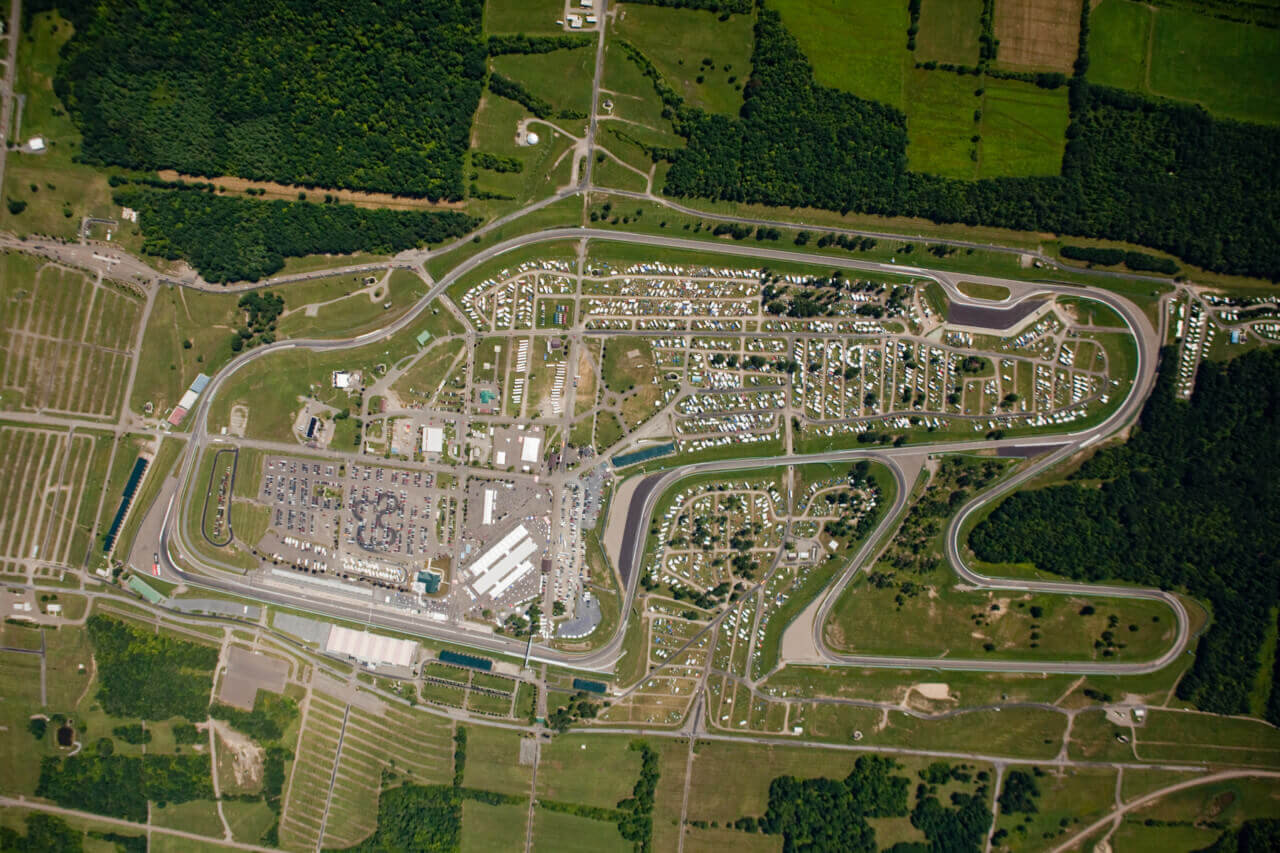 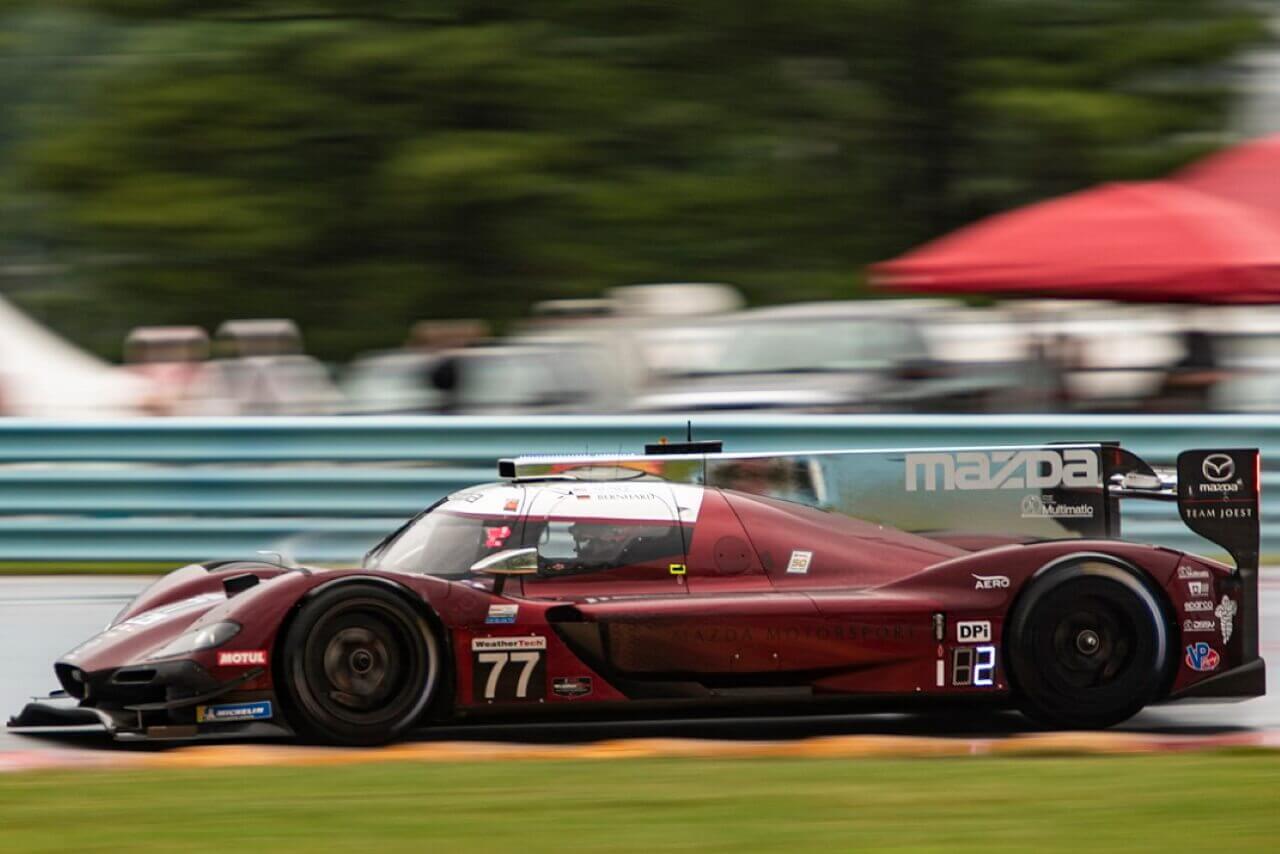 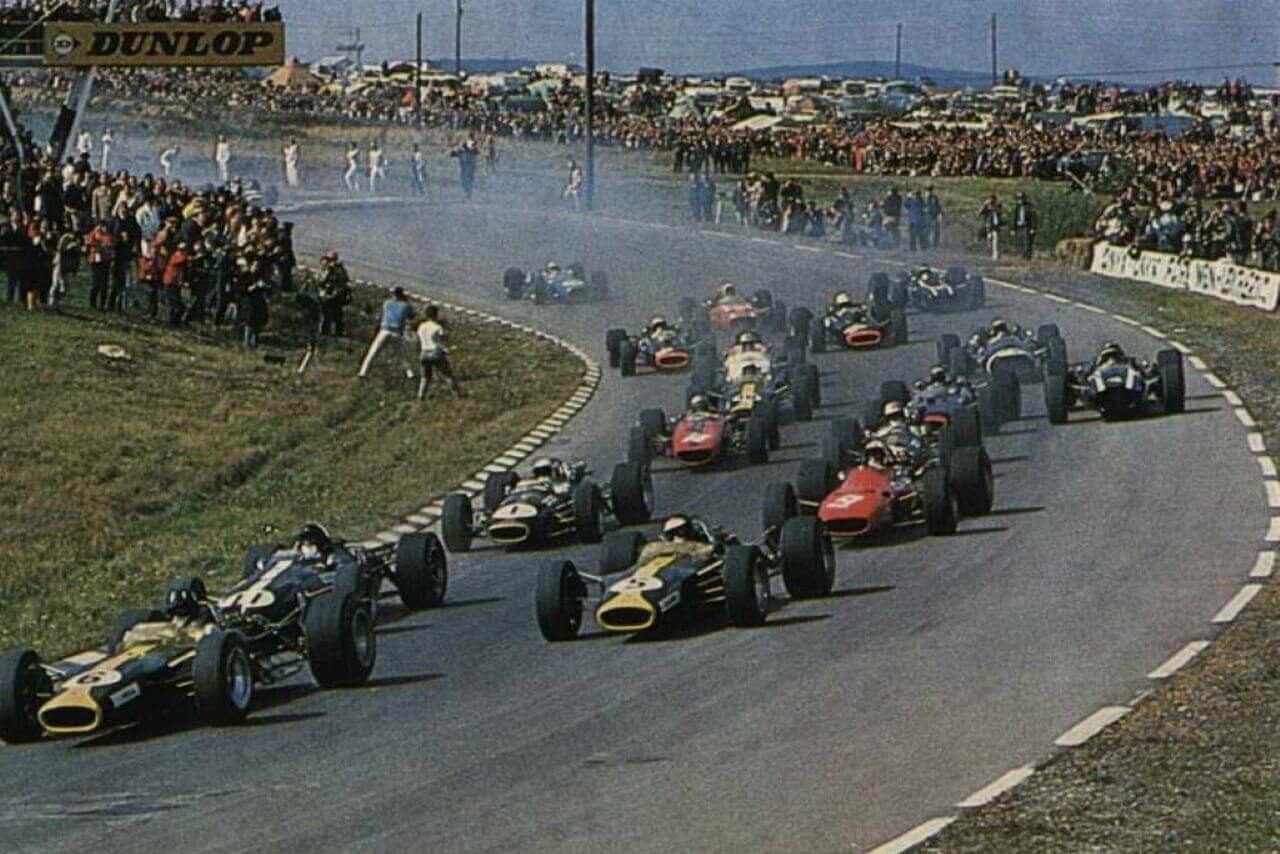 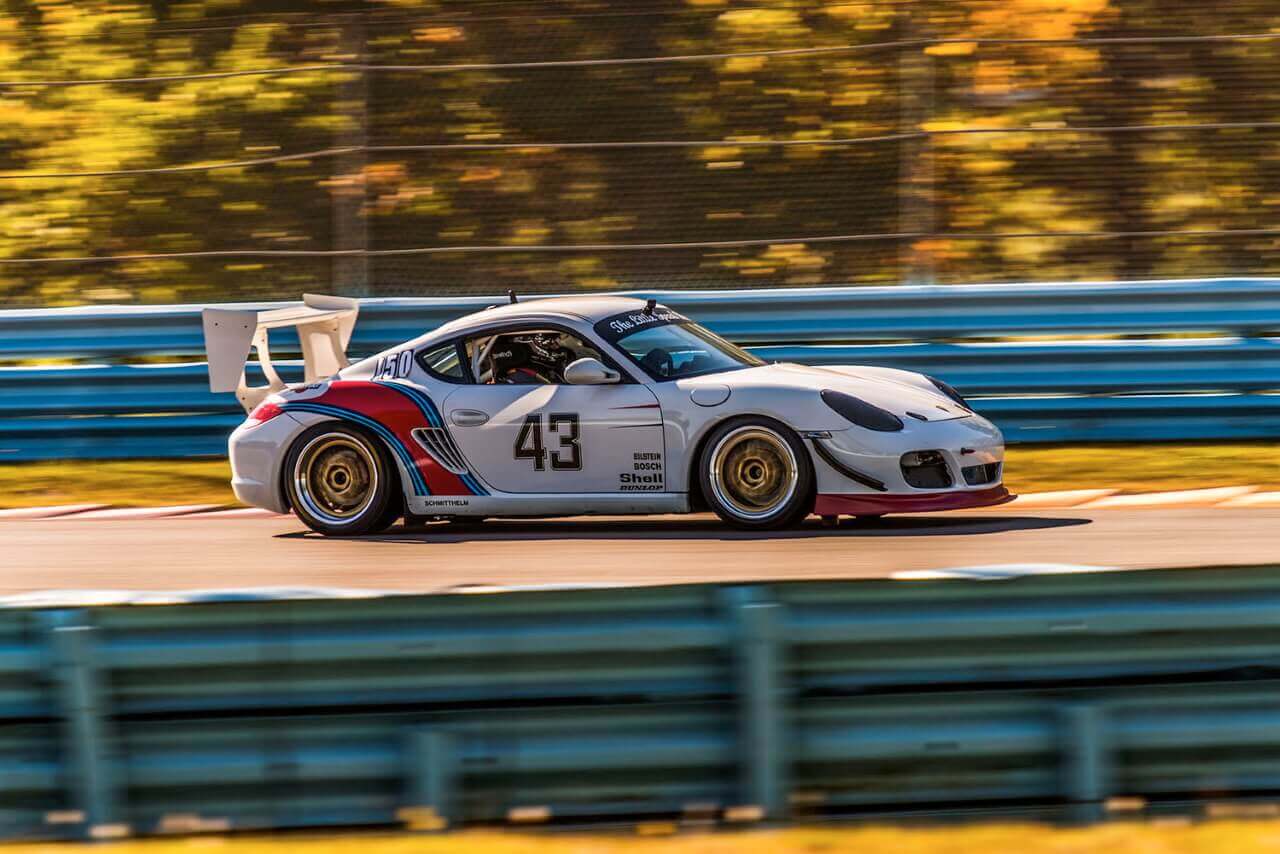 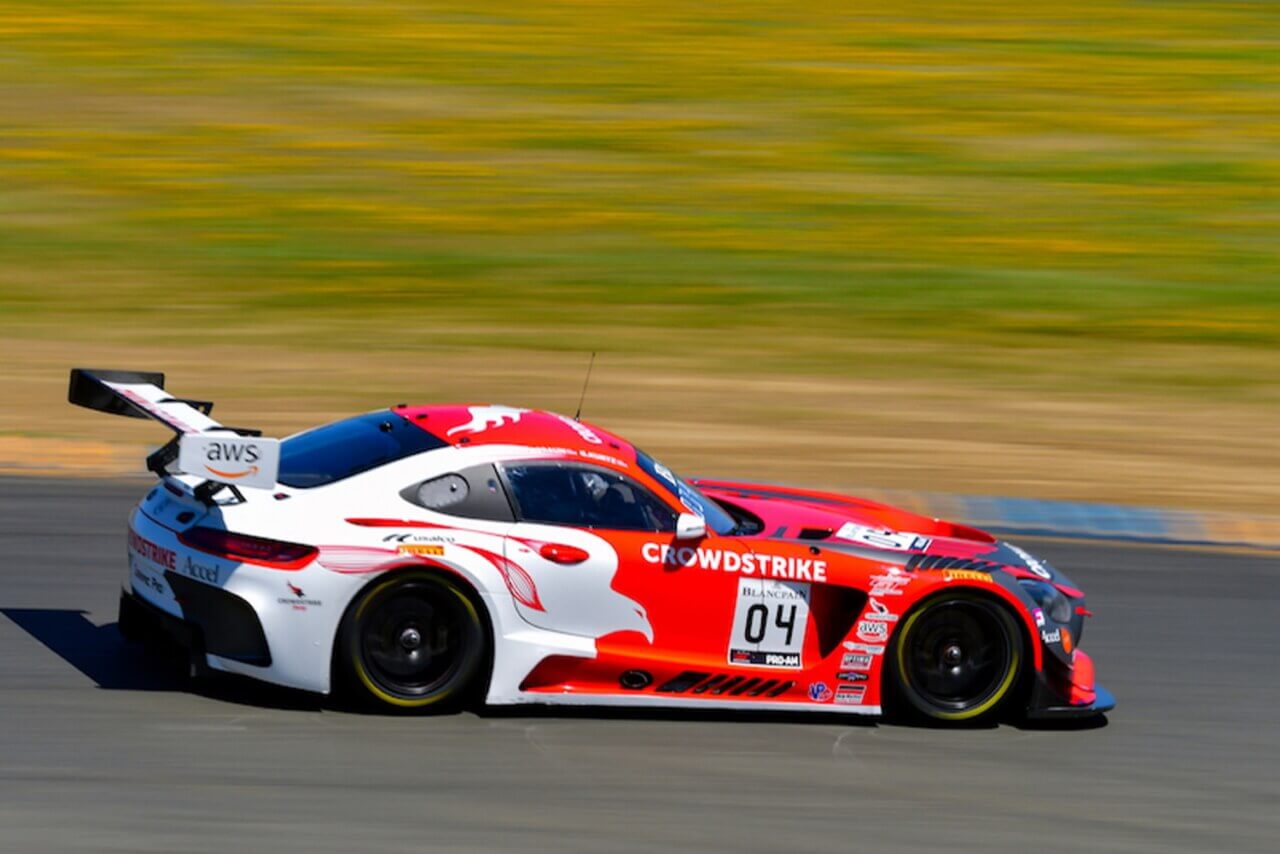 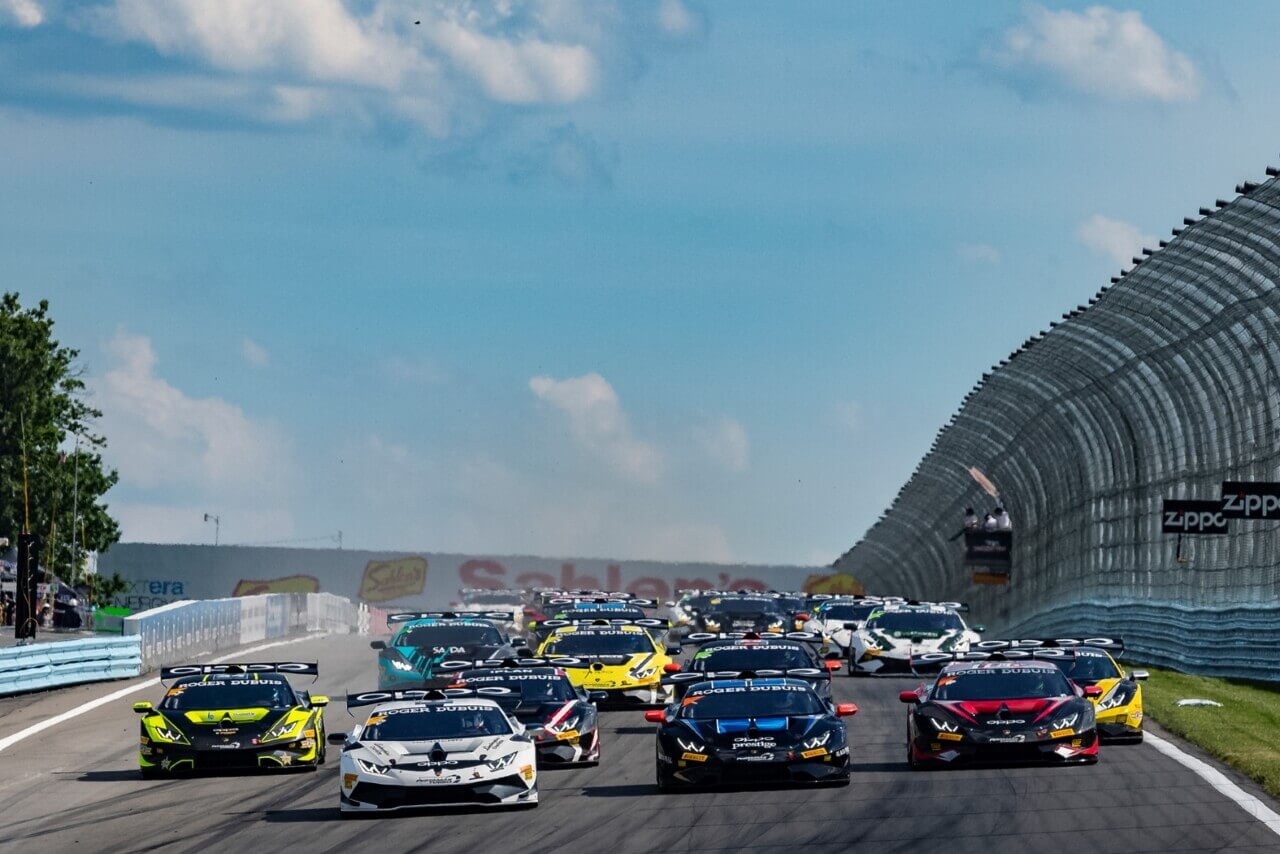 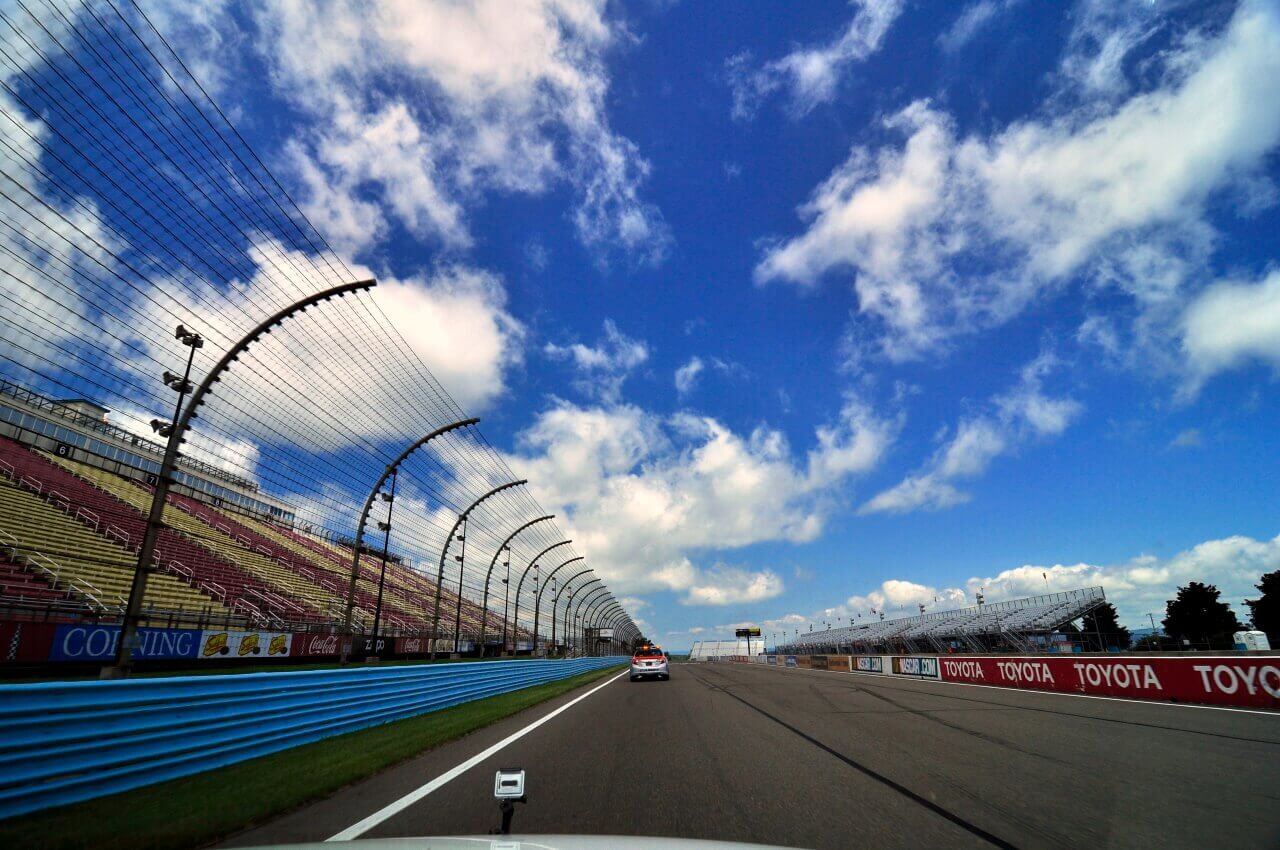 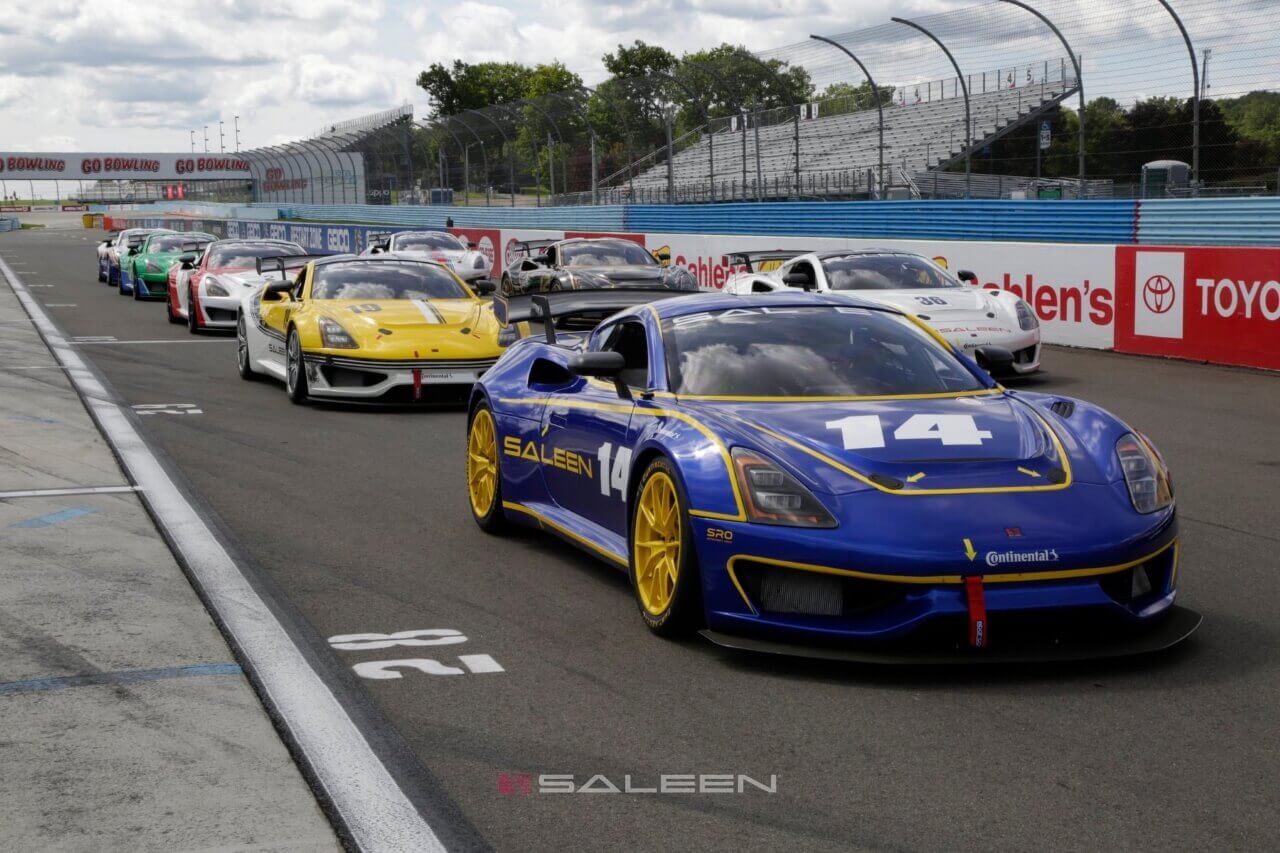 Watkins Glen International is located in Upstate New York in the region of Finger Lakes. Take Route 414 south of Watkins Glen village for access to the circuit.