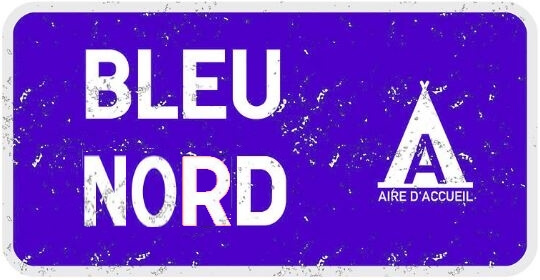 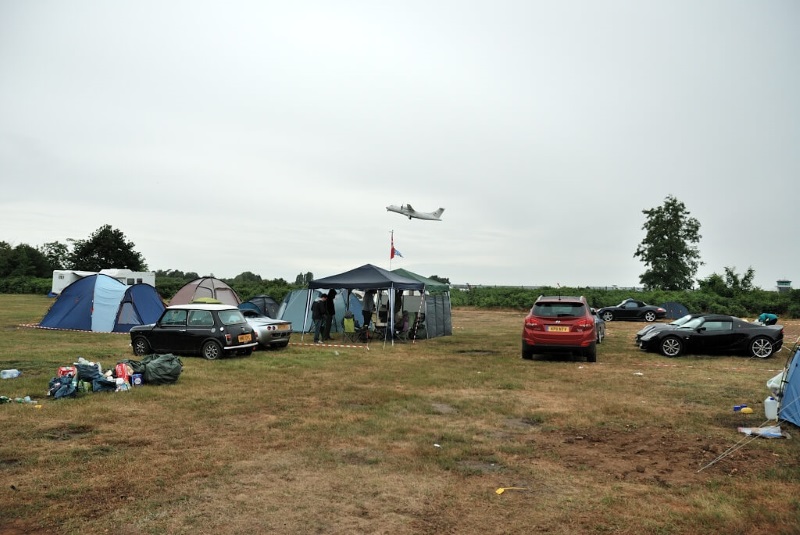 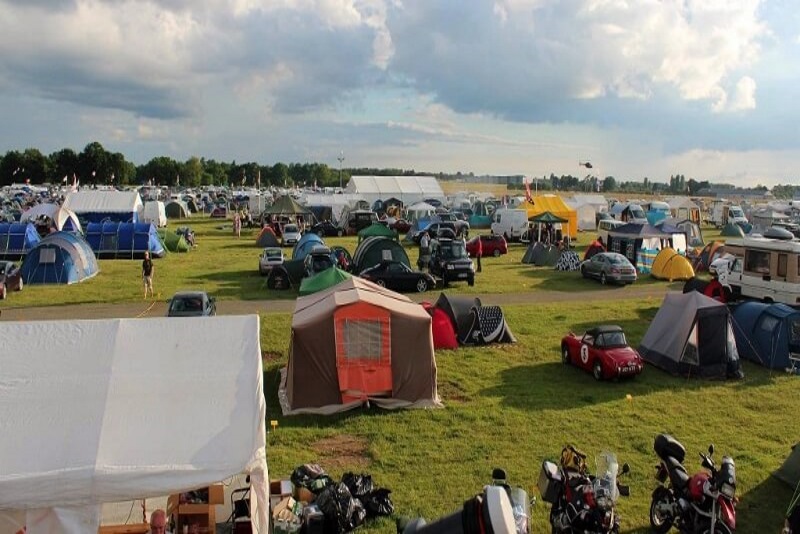 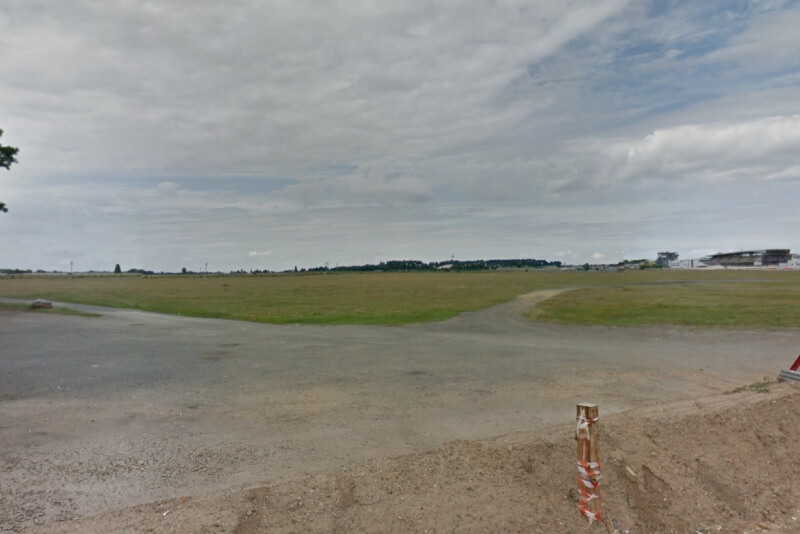 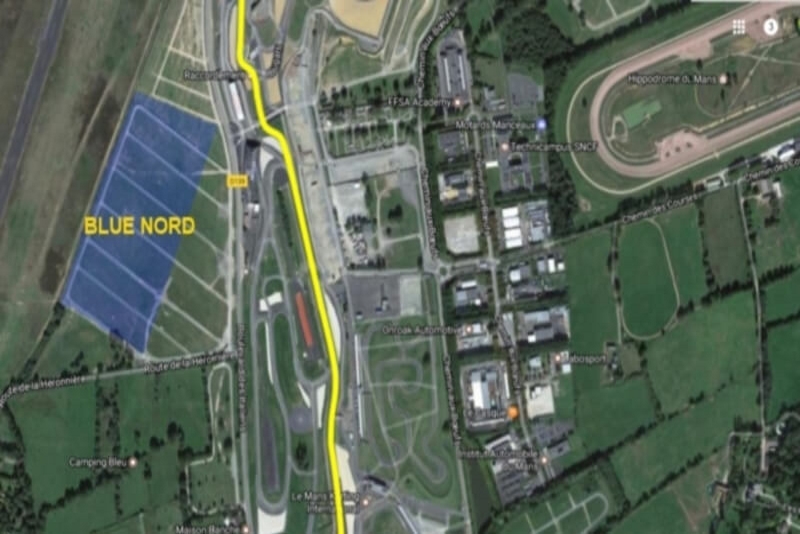 We arrived on the Sunday before and taken to our designated pitch, we had tried to look on maps before we went but could not work out where we were. It’s a large site, open to everyone so no real security.

Very different to other sites inside the circuit. Its also very open to the wind and elements. Close to an entrance by the big wheel so saves your feet.

Pitches are the standard size, but we managed to get a large tent and Gazebo and car on, car just hung over the road a bit but no one moaned.

First night we lost the Gazebo due to the wind! Lots of plane and helicopter activity from the airport next door. The morning of the race, the French Army practice their air display about 6am so a bit of a rude awakening! The site gets busier in the week, usually with large groups, lots of loud music so take earplugs. We had booked via langoustines so were grouped together and a friendly group, looking out for each other. We got invited to lots of parties!

As there is no security everything of any value was packed away every day before leaving but has no issues leaving the barby out or food items.

Toilets are a trek away, you tend to see those that can peeing by the bins which frustrates me! Toilets and shower block, only 2 sets I could see on site but it was a large site, also had to walk there for water. Toilets were broken early on, people syphoning water off them for their own use, not cleaned very much and lots of queuing. Using the ACO facilities on circuit was much better.

Lots of rain in 2016, it did get muddy but drained quickly. Car entrance gets very water logged and muddy.

Make sure before pitching you check for glass shards and stones in your area and clear them off.

Usually hang abouts on the Sunday night, just make sure everything is packed away or else it may go for a walk. As always, anything I leave is in good condition so it can be reused.

The people hanging about do look like genuine race goers with hats, clothes, Le Mans bags but they walk past your camp several times.