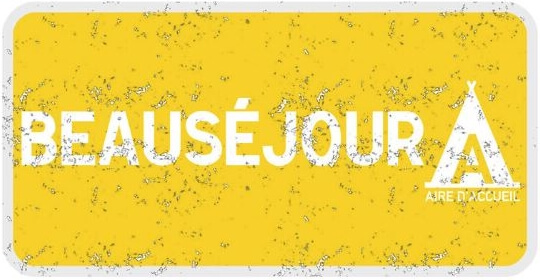 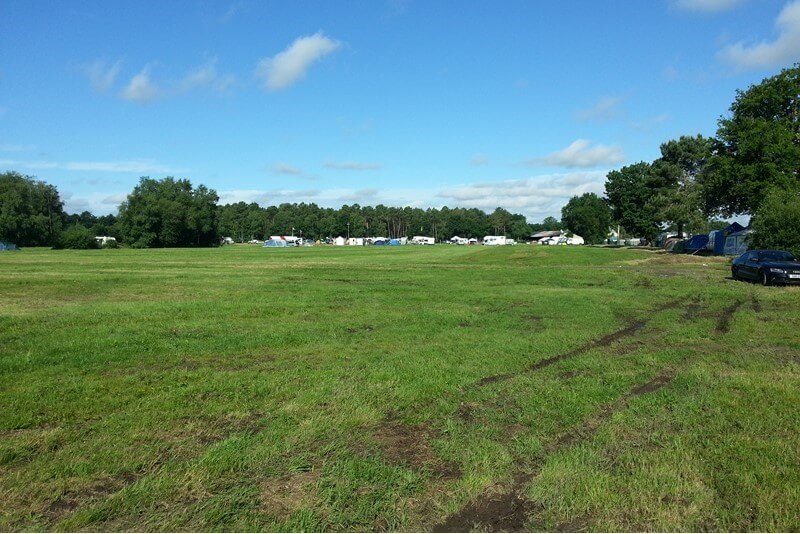 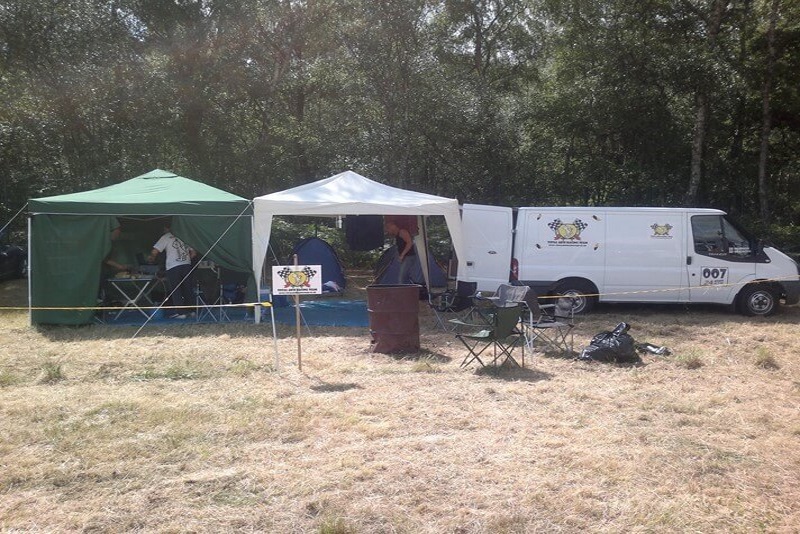 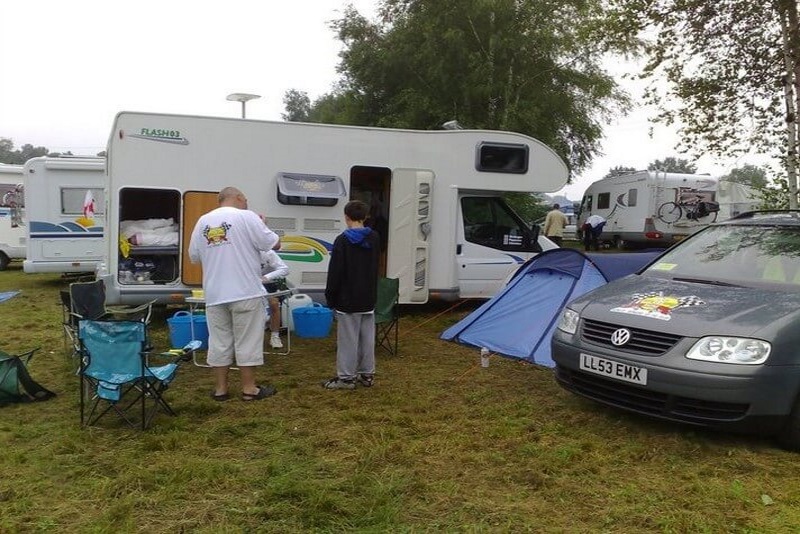 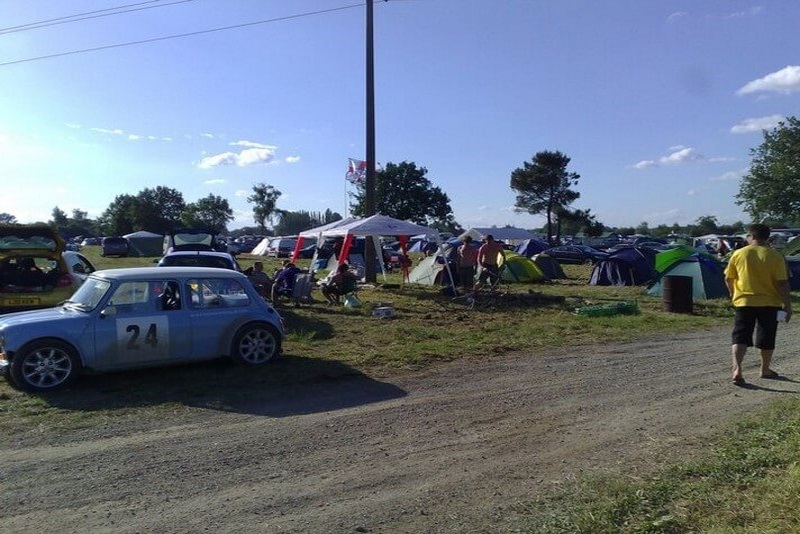 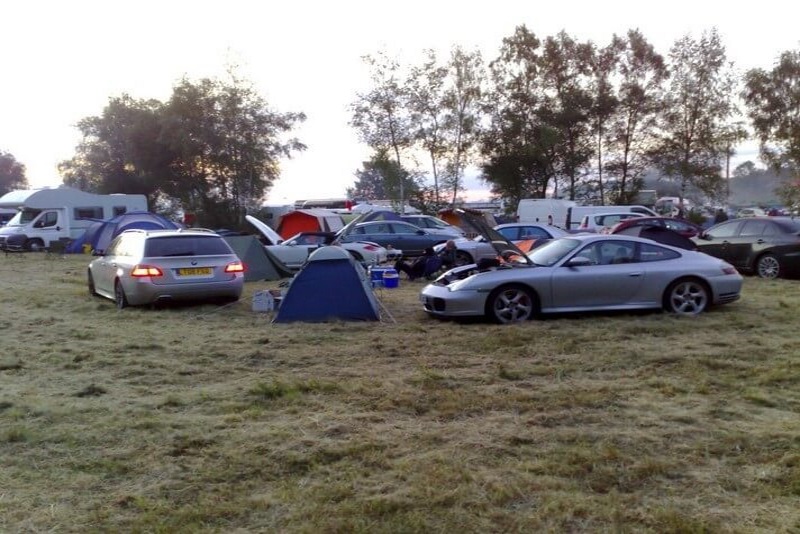 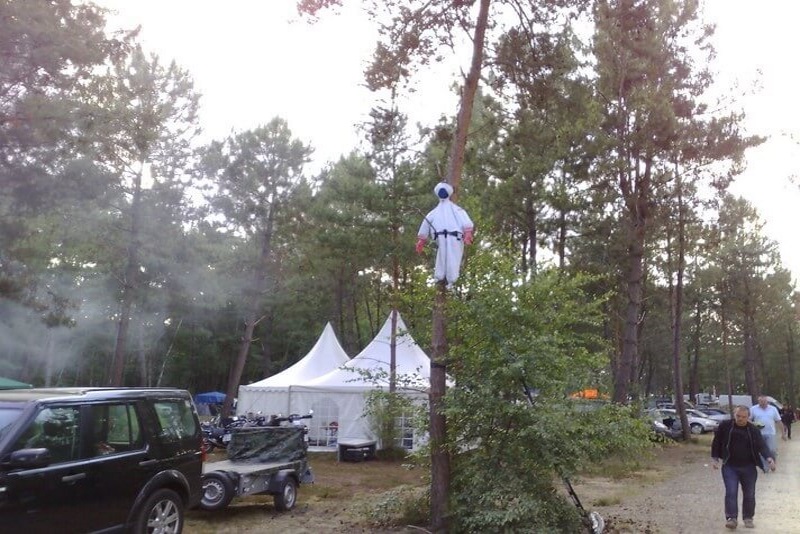 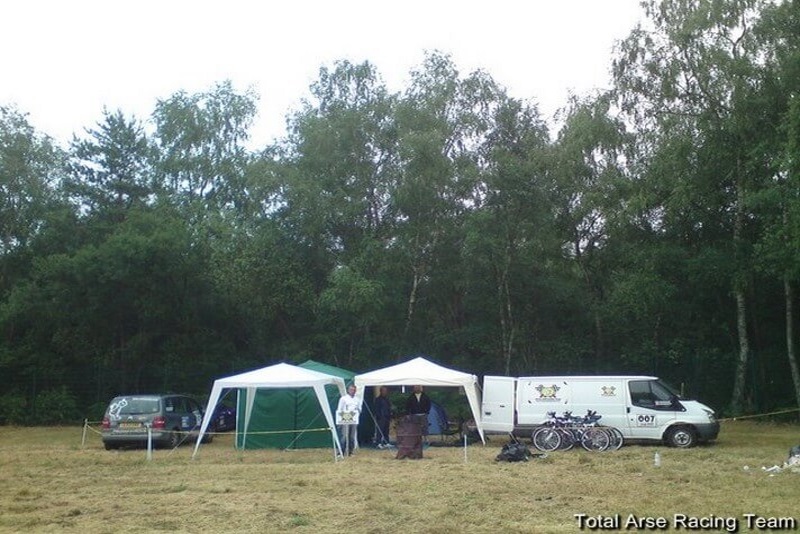 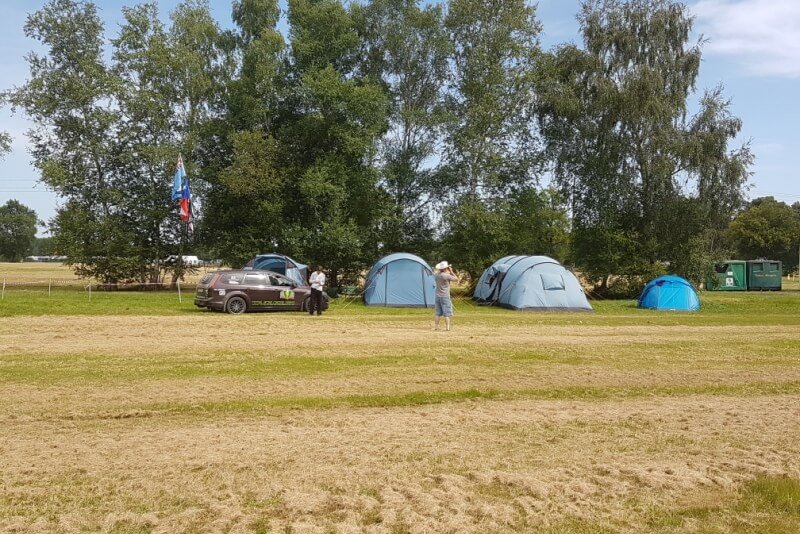 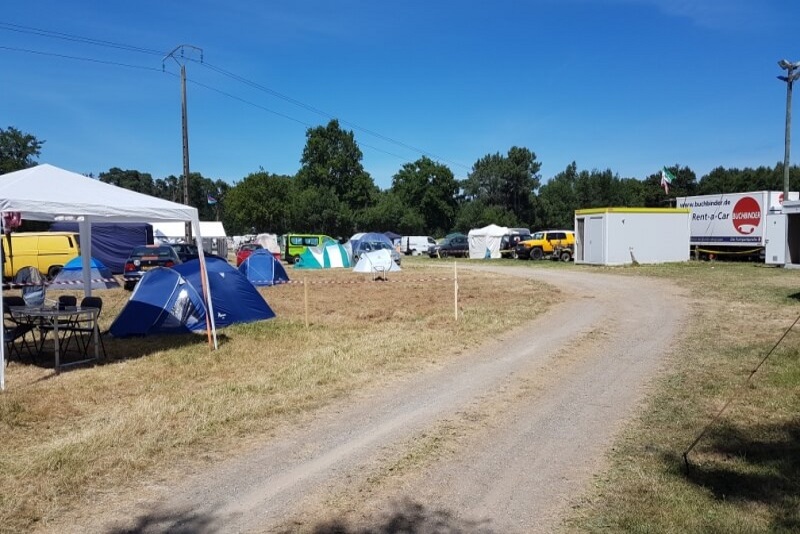 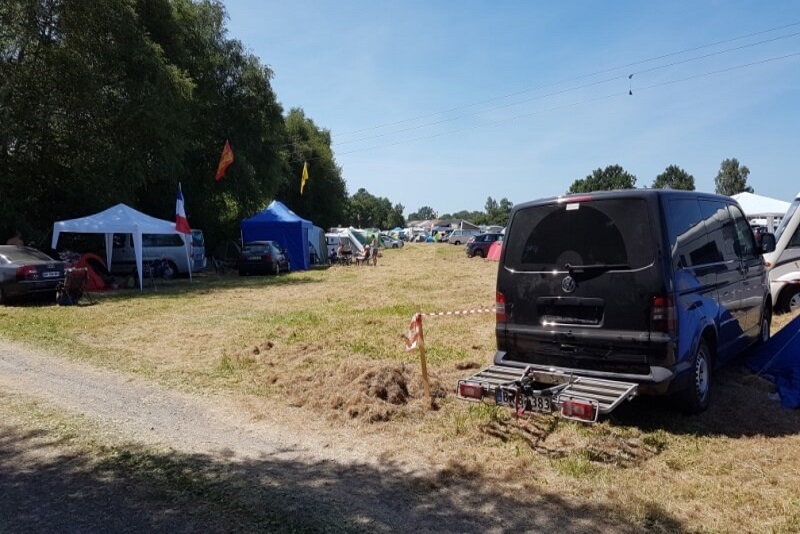 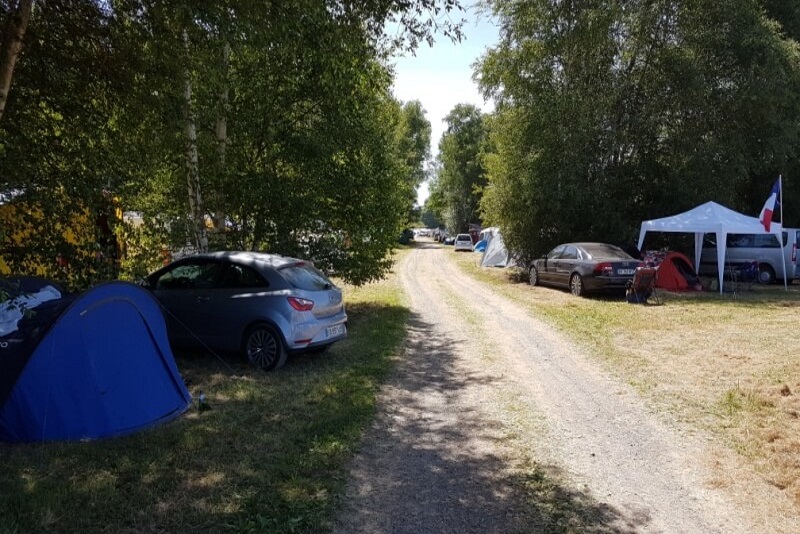 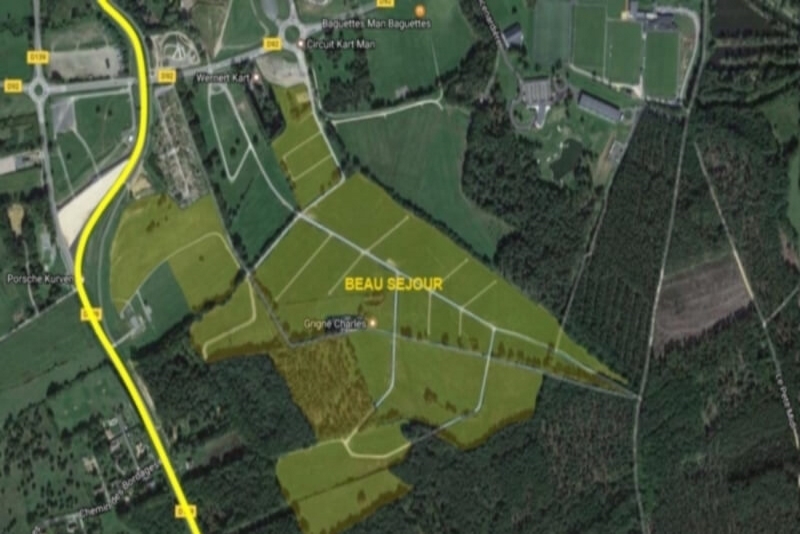 Beausejour is a huge grass pitch site, with all the roadways of compacted un-metalled sub-base and between pitch access on grass roadways. These roads in some places can get pretty beat up if the weather turns wet especially near the entrance area.

The site has now been fenced off fully with all the entrance areas fully manned by security, who on arrival will fully check what contents you have in your car, this has cut down a lot on who can enter the site.

Entrance to the site has been improved for 2015. Also at the entrance is the Ticket offices, security huts, medical centre and other administrative offices.

Just past the entrance is a Bar and Kebab fast food area, which is always busy, and open very early to very late. Also in 2015 a bar has now appeared in the centre of the camp rough half way down the camps main road. 2016 also saw more Bars run by Brits opening up around the camp selling burgers, hotdogs, beers etc

The toilet and shower blocks have improved over the last couple of years, with decent, though compact showers running hot water (till Sunday night), they are kept clean each day and restocked when needed, with the cleaning crews coming round a couple of times a day.

The only issue is there is really isnt enough blocks for the size of the site and at certain times of the day can get very busy.

Near the entrance is the Speed Chills set up having a large fenced off area for their customers, other fenced off areas are set out for the Danish companies and the village on the curves.

Pitches are supposed to be the usual 7m x 5m (35m2), but they are not really marked out in any real way. Larger pitches are 7m x 15m (105m2) and are in a designated area near the Speed Chills site.

There are some areas which flood following heavy rain and this has increased somewhat with a lot of drainage ditches being filled in to increase the sites use. The worse areas are off towards the Porsche curves near the trees.

The size of the site has increased some what over the last couple of years especially by the Porsche curves. And also has an Overflow site across the road from Pincenardiere.

From Friday onwards the site does get full and quickly so to get your best place you need to be there at the latest Thursday morning.

The rubbish barrels (Fire pits) were removed in 2014 due to the large number of fires that appeared, especially on a Sunday night.

Once piece of advice if you drive out in your vehicles on Friday make sure your back early as Chavvy Friday gets pretty bad on the roundabout by the entrance with the crowds hounding cars until they at least rev them before letting them through the melee.

Yet again the entry to the camp is changed on a daily basis. The ACO need to sort this out once and for all. Security checked every car that came in for the first time, but basically ignored them after that. entry tickets Where taken off you and a yellow diamond sticker applied to the car window. This seems to be the way most camps are heading.

The toilet and shower blocks have improved a little again this year, though this camp is still lacking enough to cope with the amount of people who camp there.

The ACO need to sort this out once and for all. This Camp has turned into a massive warzone of drunk stag party attendees. Mad friday has been pushed into the camp and basically has ruined the whole place. Security checked every car that came in for the first time, but basically ignored them after that. entry tickets Where taken off you and a yellow Circle sticker applied to the car window. Speed chills are now not present on the campsite