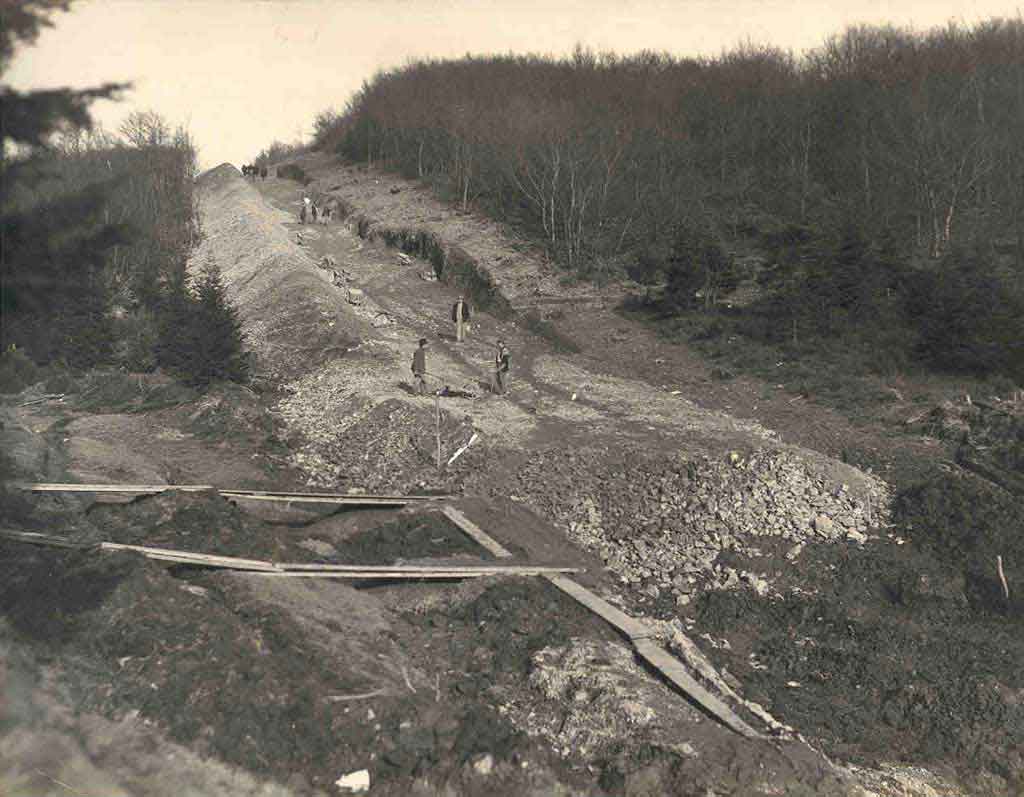 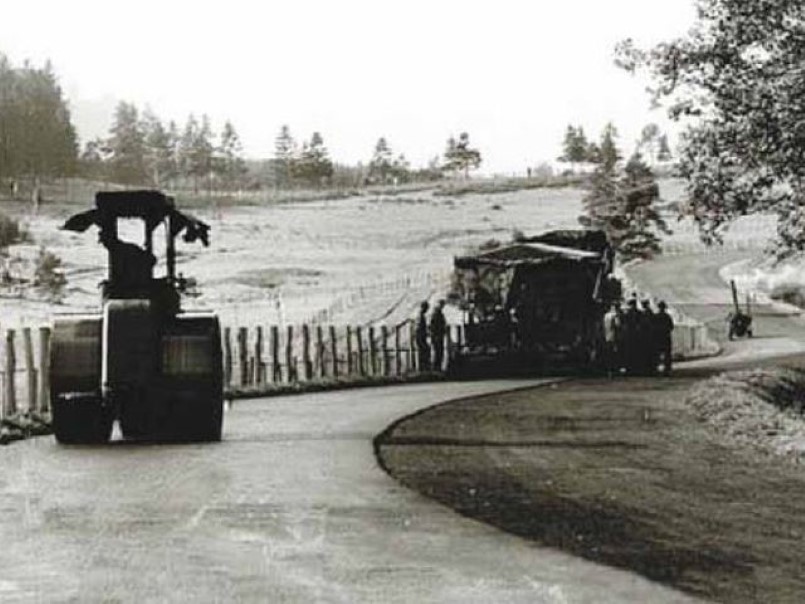 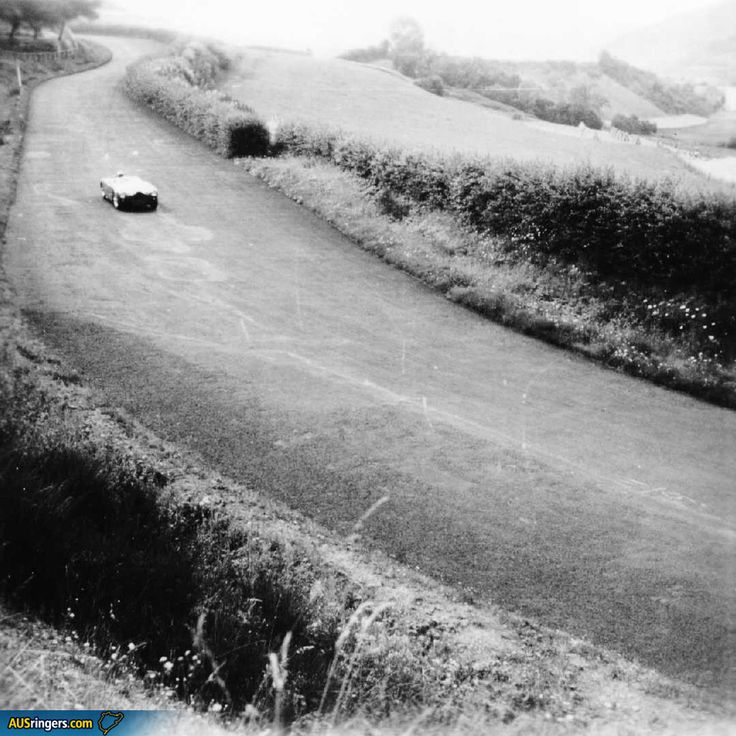 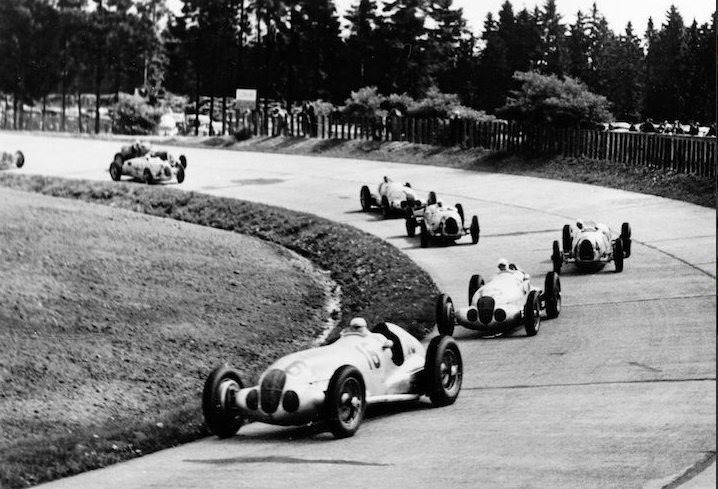 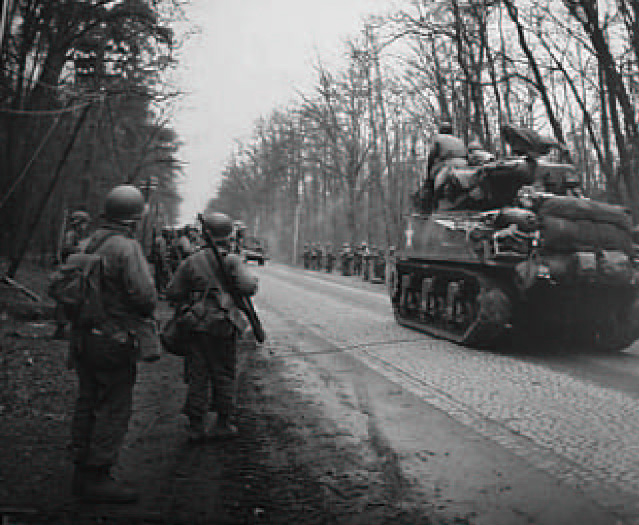 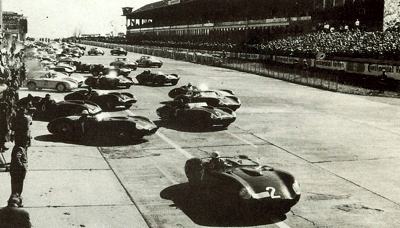 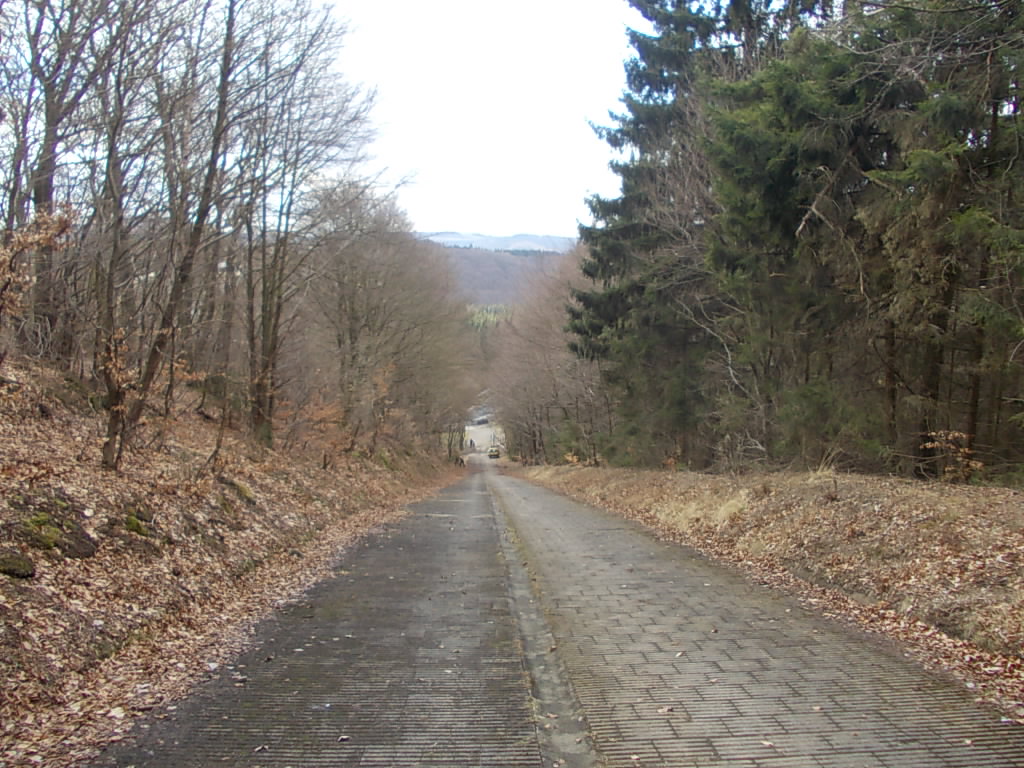 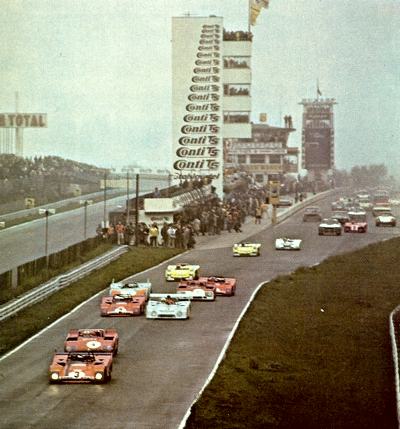 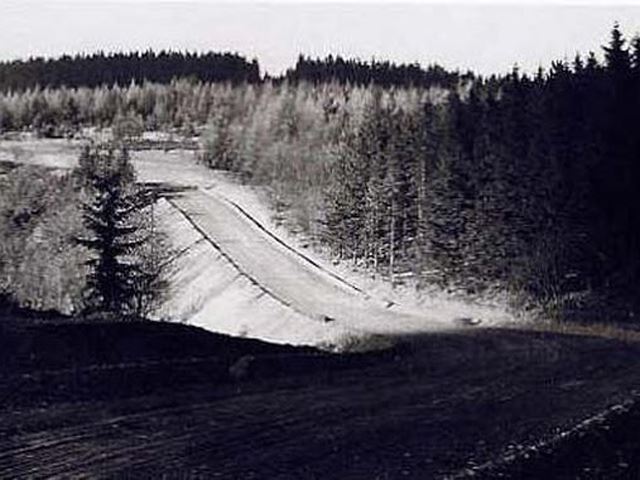 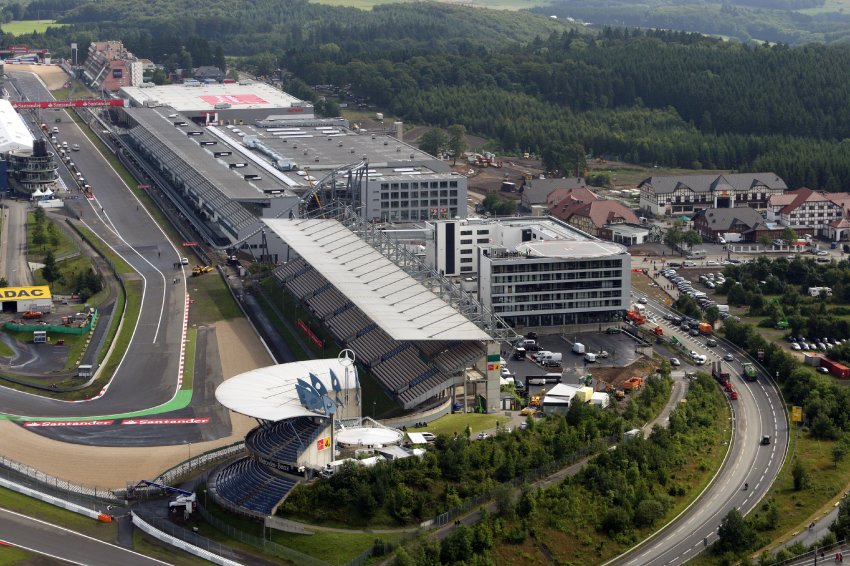 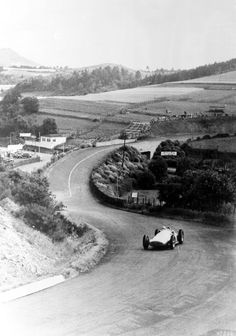 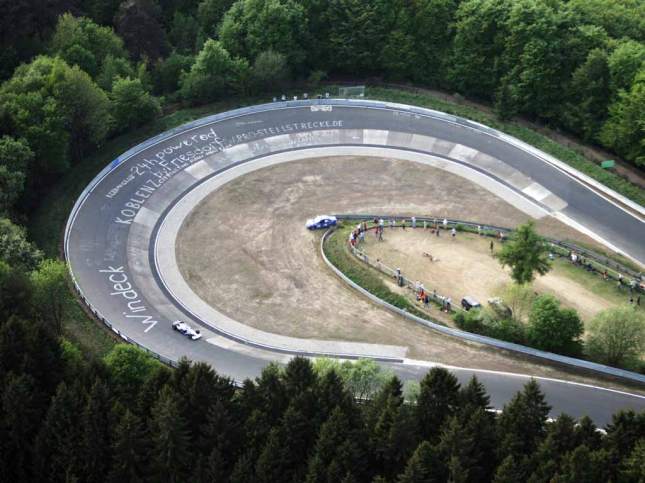 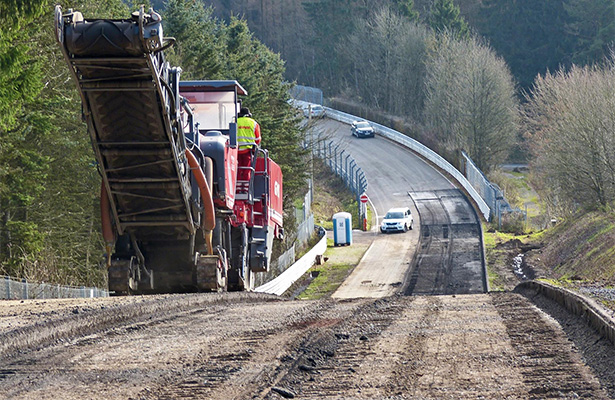 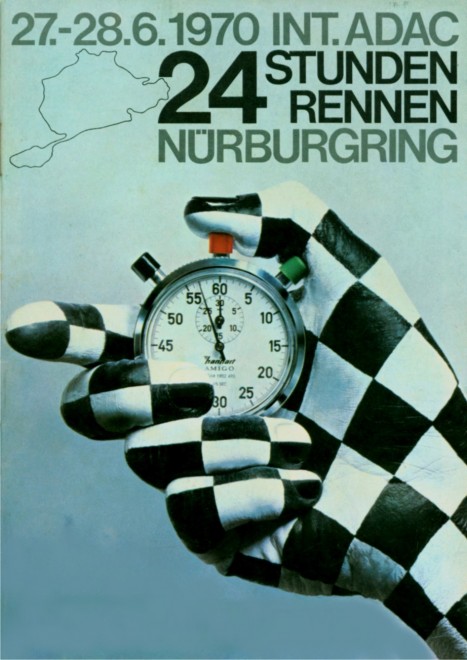 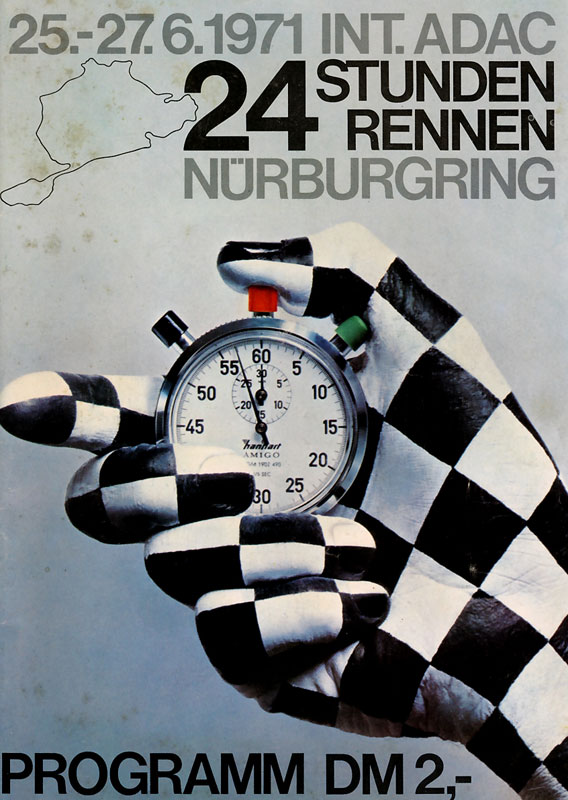 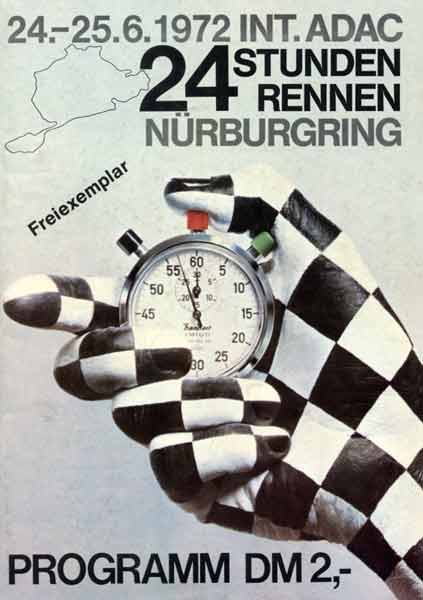 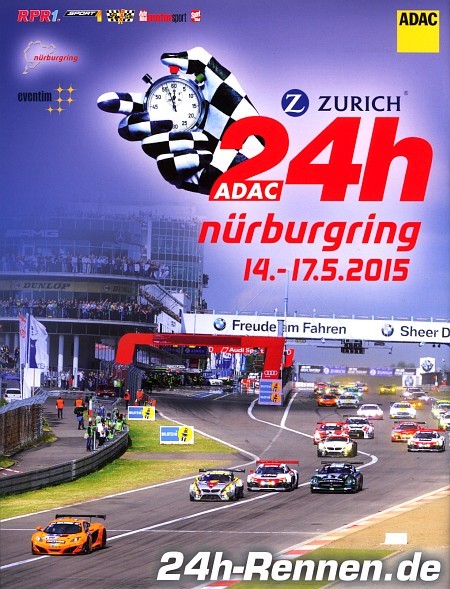 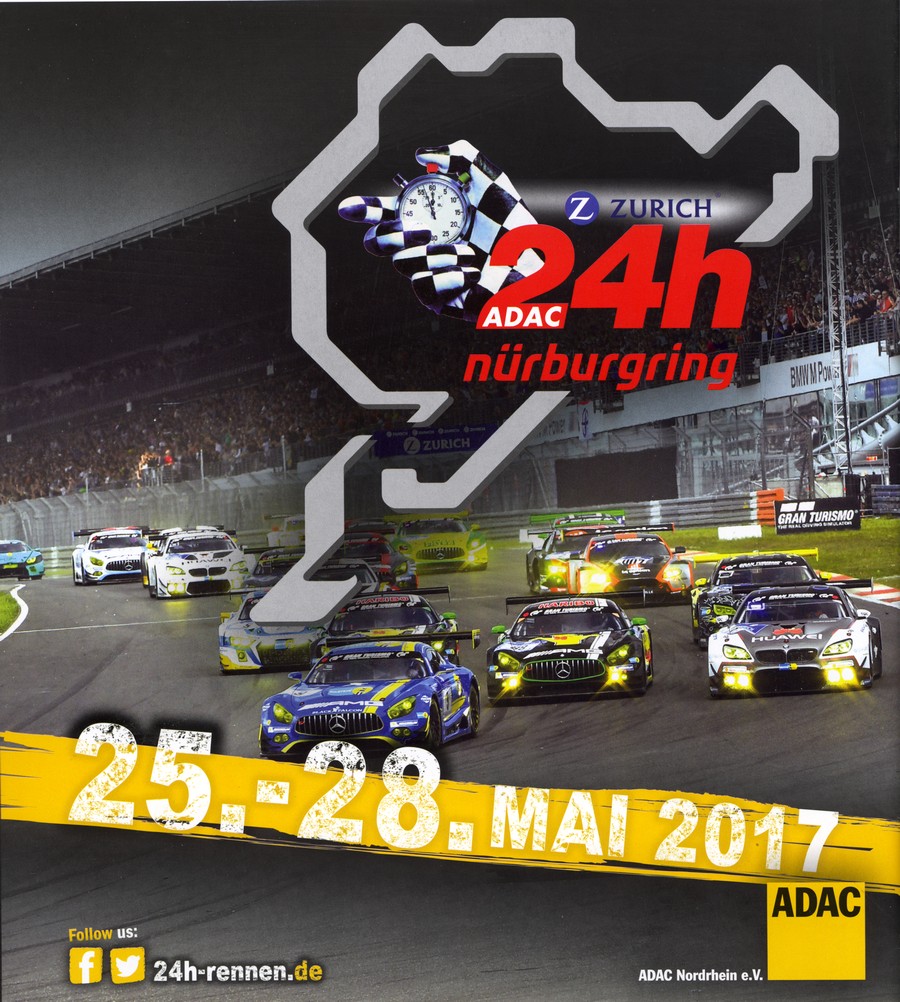 The 24 Hours of the Nurburgring is an annual endurance race on the Nordschleife of the Nurburgring. Its mainly for GT and Touring cars run on the track of over 25 km (15.5 mi) in length. It has been held since 1970 and has entries of over 200 cars and 700 drivers. 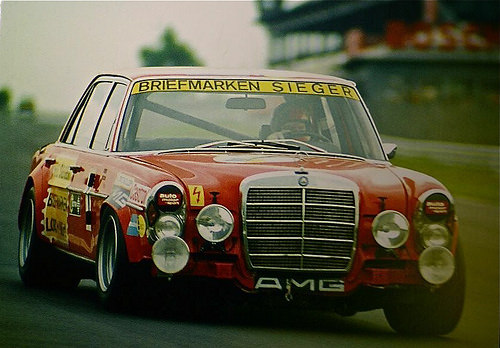 The track has varied in length over the years due to carious chnages made for the Grand Prix races from the original 22.835 km (14.189 mi) to nearly 26 km (16.2 mi) of the maximum length configuration which was in use in 2002 and 2003, after the GP track had been extended by the Mercedes Arena. In 2005 the track length was 25.3 km (15.7 mi), this was due to changes made at the Arena section to use as extra paddock zone for the competitors of the support races, it is bypassed with a sharp Z-shape chicane.

It is Officially called the ADAC 24h Rennen Nurburgring in German ('ADAC 24 hour Race Nurburgring') its previous interations were of 12, 24, 36, 84 and 96 hours in length. It was a substitute for the Liege-Rome-Liege and Liege-Sofia-Liege rallies was held on the Nurburgring from 1965 to 1971.

The race is mainly aimed at amateurs, in order to fill a starting field of around 200 cars and is officially an international event, Typical entries range from second hand standard road cars to European Touring Car Championship vehicles and GT3 sports cars. 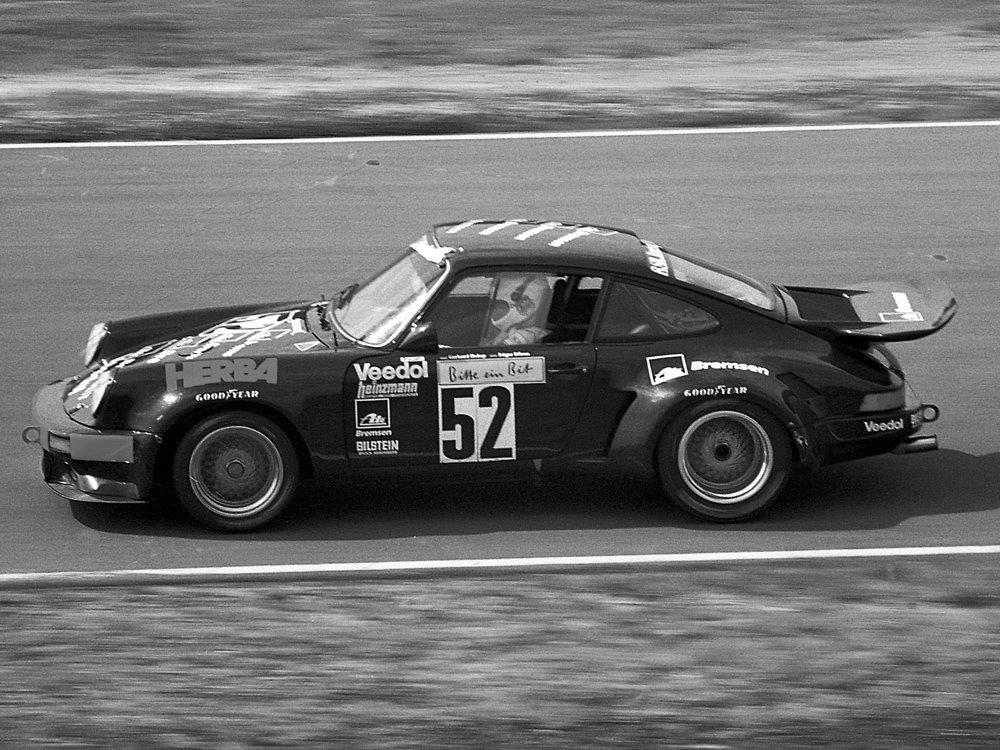 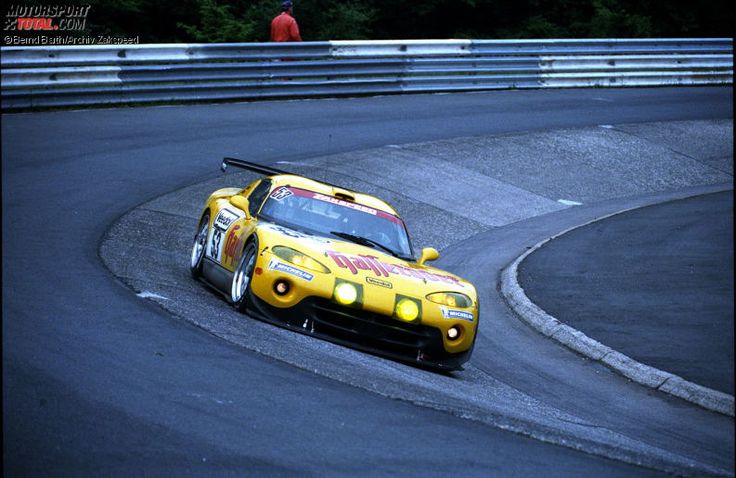 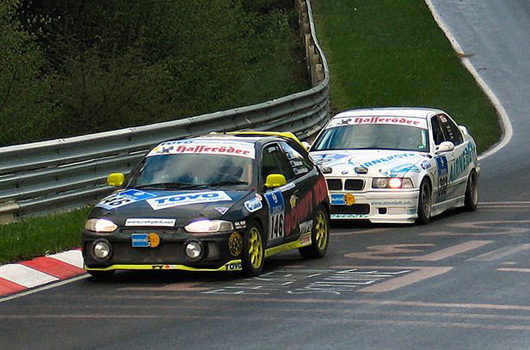 The participation of manufactures and professional teams and drivers has varied over the decades. As the spectator numbers dropped in the 1990s when only the FIA Group N cars competed, more spectacular vehicles were admitted in 1999, like the Chrysler Viper GTS-R, turbo-charged Porsche, modified Deutsche Tourenwagen Masters cars from Opel and Abt Sportsline-Audi, and the Schnitzer Motorsport BMW M3 GTR V8 that had been run in the 2001 American Le Mans Series. 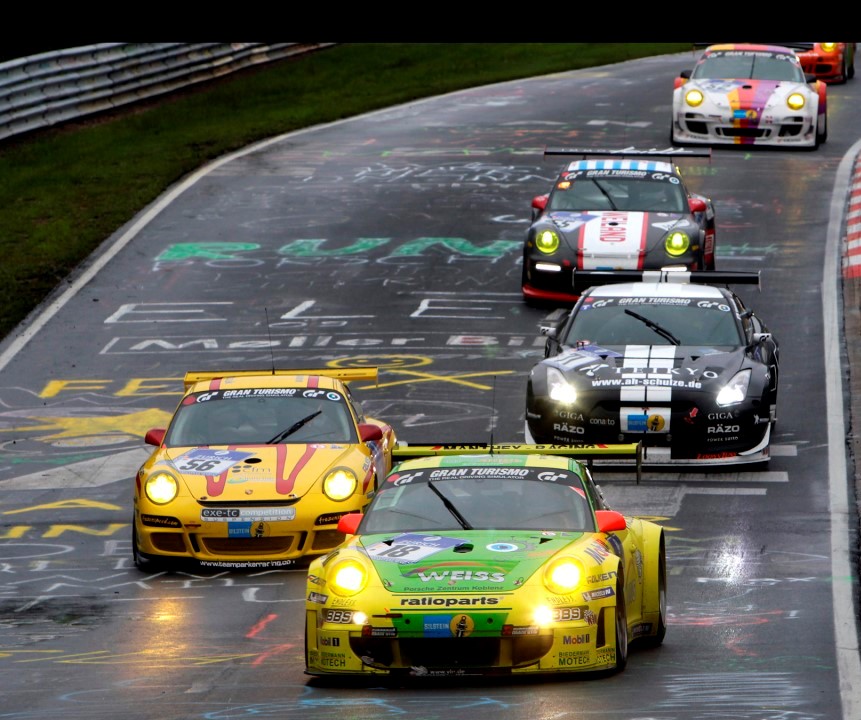 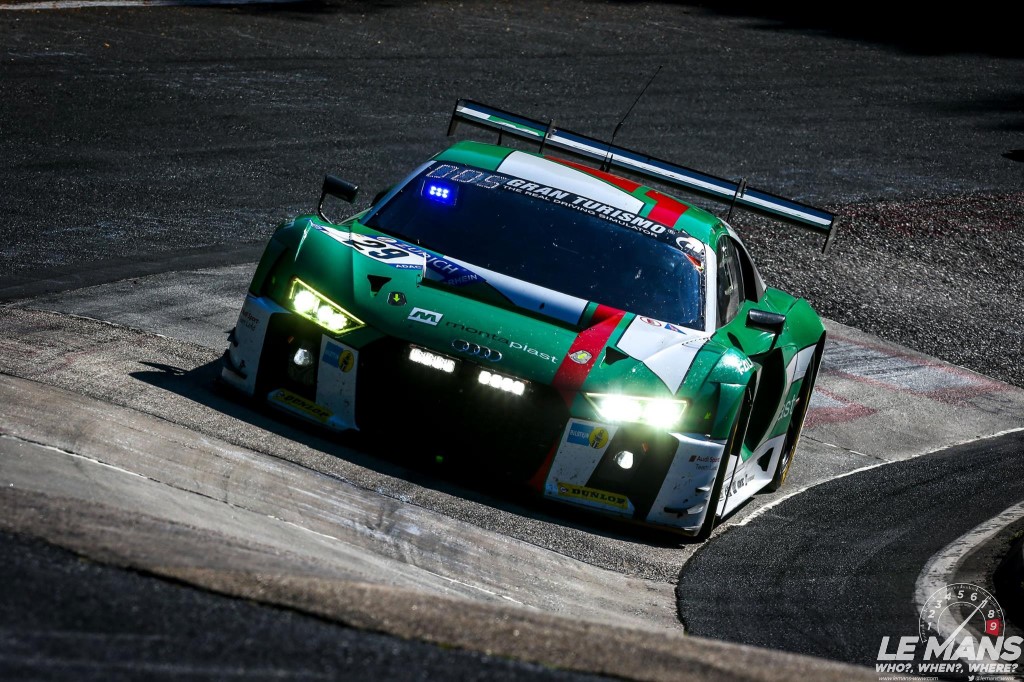 For practice, 230 cars are allowed, 210 qualify for the race, driven by 800 or more drivers, as 2, 3 or 4 can share a car. One driver is allowed to drive 150 minutes non-stop, and can enter on two cars, yet a rest time of at least 2 hours has to be observed between two turns of the same driver.